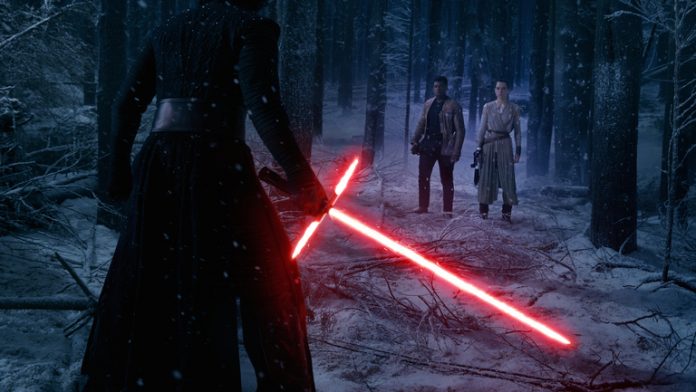 “Star Wars: Episode 8” is still more than a year away, but fans have already started speculating about the movie’s plot based on one of the main character’s recent statements. Last month, Adam Driver, who plays Kylo Ren, drew some comparisons between the upcoming movie and “The Empire Strikes Back,” and this made fans think that another shocking reveal will be in the cards when “Episode 8” premieres.

In the final moments of “The Empire Strikes Back,” Darth Vader (played by David Prowse and voiced by James Earl Jones) revealed that he was Luke Skywalker’s (Mark Hamill) father. The revelation set the stage for the epic father and son battle in 1983’s “Return of the Jedi.”

In September, Driver told Collider that there were some similarities between the upcoming film and the second installment in the original trilogy.

“It’s similar to how ‘The Empire Strikes Back’ has a different tone,” said Driver to the media outlet. “It’s just different in tone in a way that I think is great and necessary but also very clear.”

It appears that Driver’s statement made fans think that “Episode 8” will also have the same kind of shock factor as “The Empire Strikes Back” and that someone’s true parentage will be revealed in the film. One of the theories that have been making the rounds online is that Rey (Daisy Ridley) is Luke’s daughter, and it was also claimed that Rey and Kylo Ren might be brother and sister since both of them have the Force as seen in “The Force Awakens.”

Driver clarified his earlier comments, telling Variety, “What I said was the tone of it was different, I didn’t say that it was gonna be in the vein of [it] I was using it as an example, so poor example.”

The actor added, “Next time I should say I’m trying to think of another sequel to a movie that’s good. When I read the script, it was not what I expected, in the best of ways.”

'Frozen 2' recording about to happen; 'story is great'

Married at first sight season 3: Couples to work on their...