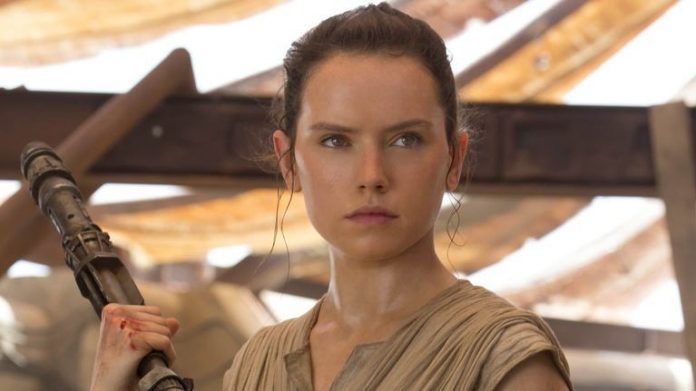 “Rey, I am your father.” If what Daisy Ridley hinted is true, fans will probably hear something along those lines when “Star Wars: Episode VIII” comes out next year. Ever since Rey was introduced fans have been theorizing that she’s related to one of the characters from previous “Star Wars” films. Some believe she’s a Skywalker. Others say she’s really Han Solo’s (Harrison Ford) kid. There are also fans who believe she is secretly a Kenobi because of her skills in using the Jedi mind trick.

In an interview with Vulture while promoting “The Eagle Huntress,” Ridley was asked about the possibility of her character being related to Obi-Wan Kenobi, the Jedi knight played by Alec Guinness in the original trilogy, and by Ewan McGregor in the prequel trilogy. While she did not answer the question directly, what she did reveal that fans would find out who Rey’s parents were in “Star Wars: Episode VIII.”

“We will see in a year … Just sit tight on that question,” Ridley stated.

If that is true, then fans don’t have to wait until “Star Wars: Episode IX” comes out to know the truth about her parentage. Meanwhile, Vulture also asked about the possibility of Jyn Erso (Felicity Jones) being Rey’s mother and Ridley was caught completely off-guard. She didn’t even think it was possible.

“I mean, I think historically it wouldn’t work, because she is … Darth Vader is there … so she would ultimately be my great-grandma; no, she would be my grandma … I mean it could happen, especially in a galaxy far, far away.”

Yes, everything is possible in “a galaxy far, far away,” so fans can go ahead and make dozens of theories because one of them may be true. So, who are Rey’s parents? Find out when “Star Wars: Episode VIII” premieres on Dec. 15, 2017.

ABOUT US
VineReport provides the top and most engaging news stories from around the globe, from world and politics to entertainment and sport. We seek to bring the freshest news each day from the spectrum of stories that matter the most to you.
Contact us: [email protected]eport.com
FOLLOW US
© 2017 Vine Report. All Rights Reserved.
MORE STORIES