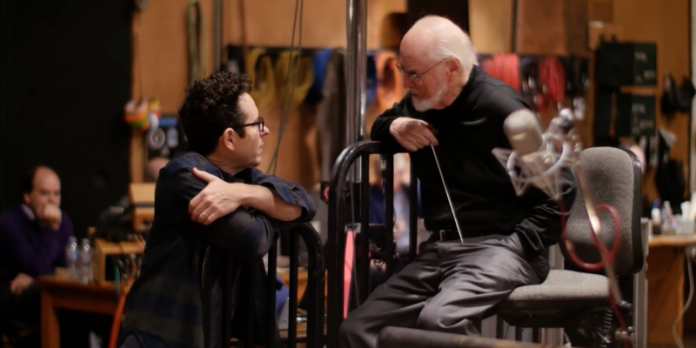 Decorated composer John Williams will once again travel to a galaxy far, far away to compose the soundtrack for the forthcoming “Star Wars: Episode VIII.”

The maestro himself confirmed the news to Variety who was there to celebrate his life’s work via the bestowal of the American Film Institute’s Life (AFI) Achievement Award last week.

“If I can do it, I certainly will,” Williams gamely said referring to working on “Episode VIII’s” theme. “I told [Lucasfilm President] Kathy Kennedy I’m happy to do it, but the real reason is, I didn’t want anybody else writing music for Daisy Ridley.” The Australian-born British songwriter, of course, was talking about newcomer and muse of the current “Star Wars” trilogy Ridley who plays Jedi-in-the-making, Rey.

The 84-year-old musical genius has a longstanding relationship with the famed franchise which began when he wrote the iconic “Star Wars” theme back in the 70s up until his latest work in last year’s “The Force Awakens”. Kennedy even sent her love to Williams via a message over the phone.

“Johnny’s so much about the work all the time. That’s what he loves,” she said. “So when somebody steps out and highlights the celebrity of it, it does make him uncomfortable. That is so far removed from anything that motivates him. And they’re all so specific they’re not derivative of one another. Each and every score that he does is unique.”

Kennedy was in Ireland at that time overseeing the production of the Rian Johnson-directed “Episode VIII,” which is already in the last stretch of principal photography.

Aside from writing for the upcoming episodic film from the space opera, Williams is also scheduled to be return to another successful LucasFilm franchise, “Indiana Jones.” Director Steven Spielberg broke the news when reporter Scott Mantz caught up with him during Williams’ AFI Tribute. Before “Indiana Jones 5,” the two will first work on Spielberg’s upcoming project “Ready Player One.”

Apart from his work in “Star Wars” and “Indiana Jones,” Williams is also known for a couple more unforgettable movie scores including “Jaws,” ” E.T.,” “Superman,” “Harry Potter” and “Catch Me If You Can.”

His AFI accolade adds to his 22 Grammys, seven BAFTAs, five Emmys and four Golden Globes. He is also one of the few recipients of the Kennedy Center Honor and the National Medal of Arts.