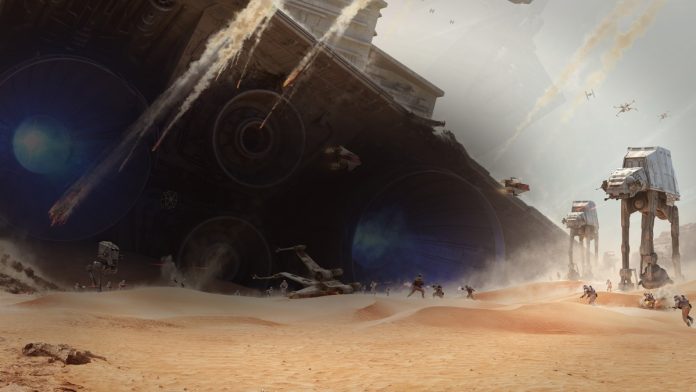 Fans are already aware that video game “Star Wars Battlefront” will have several DLCs lined up for release this year, with the first one coming next month.

Called “Outer Rim,” the first expansion is expected to be released in March. The upcoming DLC was initially expected to be launched mid-March but when a fan asked about this, Dennis Branvall, lead designer at EA and DICE and is working on “Star Wars Battlefront,” gave a tentative reply.

On his Twitter page, he said, “I don’t want to promise exact dates just yet. Still lots that need to be done.” The studio will still release “Outer Rim” next month, but not exactly on Mar. 15 to give way to any additional work and final touches that they are working on.

“Outer Rim” is said to be the biggest expansion in the multiplayer mode of the game featuring the factories of Sullust and the palace of Jabba the Hutt.

On the other hand, players may also do a 12 versus 12 matchups in the Palace of Jabba the Hutt, either as a part of the Rebel or Imperials.

On the forum of the game, the upcoming expansion also promises more heroes, maps, weapons, as well as a new mode.

Players who are interested to get “Outer Rim” may purchase the DLC individually, but with a still unconfirmed price. They may also opt for the season pass, which costs $50 and will include all the expansions coming in the future such as “Bespin,” which is expected around July and “Death Star,” anticipated around November.

“Star Wars Battlefront” was released last November and is available for PC, PlayStation 4, and Xbox One consoles.