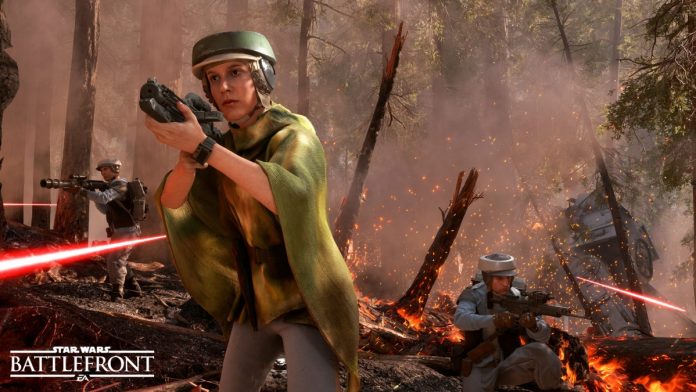 “Star Wars Battlefront” continues to prove its commitment to its players with a steady slew of smaller treats for fans before the new downloadable content (DLC), Death Star, drops next month.

The official website of the title has just announced the New Hutt Contract tagged as the Escape Artist. This new bonus “greatly enhances the soldier’s ability to sprint when active, giving them the ability to get to or from an objective significantly faster than before.” The trait card also allows players to have “enhanced melee capabilities,” which makes it a good scheme for everyone who likes to speed their way through their in-game adventures.

On top of that, some developer’s tips were also disclosed suggesting that players can utilize a higher movement speed to be able to free up a card slot from the Jump Pack. It can also be paired with either the Stim for improved vulnerability or the new Sabotage card for faster access when disrupting enemies.

While the latest update is specifically for gamers who already are hooked up with “Star Wars Battlefront,” a slash in price for the adventure video game may just be enough to draw more gamers to the title. For as low as $19.14, from the original price of $39.99, one can purchase the game from Amazon. Still a good deal without the need to shelve out extra bucks for a Season Pass as the game is already entertaining on its own. This discounted offer is available for all platforms the Microsoft Windows PC, Xbox One, and PlayStation 4.

These new developments definitely ease up the tension while waiting for the impressive-sounding Death Star add-on which will go live sometime in September. Aside from the introduction of a familiar face in Chewbacca, players can also make their space battle dreams come true. Games can choose to side with the Rebellion and fly X-Wings or with the Empire with the chance to maneuver TIE fighters. Darth Vader is also confirmed to make an appearance with his TIE Advanced.

Taking the galactic square off to a new level would take a couple more months but sounds worth it with the “Star Wars Battlefront Rogue One: X-Wing VR Mission.” Electronic Arts’ first dive into the virtual reality (VR) world gives players the chance to board their very own X-Wing, battle TIE fighters and even jump to hyperspace. The title extension will be available to “Star Wars Battlefront” and PlayStation VR headset owners this holiday season.