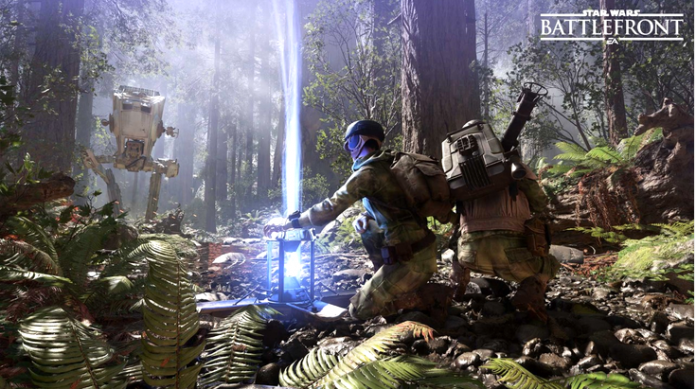 While there is no specific date as of yet, fans of the Star Wars Battlefront video game can expect that the game update slated for this month will happen before Outer Rim’s DLC expansion pack is released at the later part of March. Among the rumored changes that will happen, an upgraded Endor Map and an all new Survival Tattoine Map are some of them that most look forward to. According to Gotta Be Mobile, once the updates arrive, gamers can expect a more exciting game with the new features it will introduce.

One of the changes that will reportedly happen to the game is the arrival of a new map for the fan-favorite planet, Endor. While there are no details yet as to what the new map is, EA DICE hints that it will surely provide the gamers with more excitement and will also “support the Walker Assault, Supremacy, and Turning Point” modes. With this, Gotta Be Mobile bets that gamers can expect the new Endor map not only to be sizable but also compatible with AT-ATs and other vehicles too. It is also suspected to have a new easter egg and an upgraded environment that will make it more unique.

Apart from an improved Endor map, gamers can also look forward to a new Survival Map on Tatooine, the desert planet of Star Wars Battlefront. Gotta Be Mobile opines that this new map will be in sync with other Survival Mode maps, which mean that players can have several places to take refuge in, pick up more collectibles along the way, and encounter more choke points.

However, the changes are not only about the update on Endor and a new Tattoine Survival Map. Gamers can also expect more weapons and additional characters on the game.

“Expect more in March including free updates and the launch of our first digital expansion pack to give you more of the content you love – more maps, weapons, and heroes, and an all-new mode,” promises EA DICE.