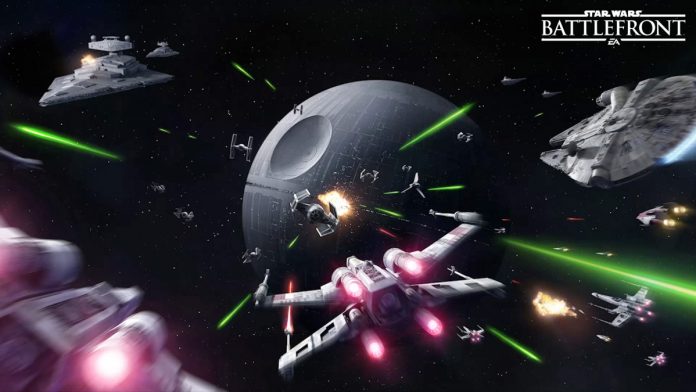 Players should fasten their seatbelts and get ready to fly an X-wing into the Death Star’s core. The latest downloadable content (DLC) pack for “Star Wars Battlefront” comes out this Tuesday, Sept. 20 for Season Pass holders, and now fans can finally put themselves in Luke Skywalker’s shoes when they fly into the planet-sized weapon of mass destruction.

Here’s a look at the gameplay trailer of “Death Star.”

The “Death Star” DLC will feature a game mode called Battle Station, which allows players to engage in combat across three phases, with each having its own unique objective. The first phase will be a battle in space where the Rebel squadrons will have their hands full trying to keep Imperial TIE fighters and TIE interceptors away from the Y-Wings.

The second phase will take players deep into the heart of the Death Star as the Rebels extract a priority droid. The objective of the last phase is to destroy the Death Star, and players have to battle Imperial forces to get to the exhaust port that connects to the Death Star’s main reactor. Players also have the option to fly on Darth Vader’s TIE Advanced X1, or Luke Skywalker’s Red Five X-wing. These two fighters also have their own wingmen.

The new DLC raises the level cap to level 90, and players will get to battle in five new multiplayer maps called Imperial Blockade, Defense Sector, Power Sector, Command Sector, and Death Star Surface. Four new outfits are also available, now players can suit up to look like an X-wing pilot, a Rebel officer, a Death Star trooper, or an Imperial officer. Players can also customize their own outfits and heads thanks to the reworked customization system.

Chewbacca and Bossk will appear as playable characters in “Death Star,” and players will get to use the K-16 Bryar Pistol, and TL-50 Heavy Repeater for the first time. New Star Cards like the Laser Trip Mine and the Medical Droid are also available.

Last but not the least, the DLC will introduce players to four new vehicle power-ups which are able to call for backup. Rebels can call on the B-wing and Y-wing, while Imperial forces have the TIE Bomber and TIE Defender.

'Descendants of the Sun 2' news: KBS open for an anthology...