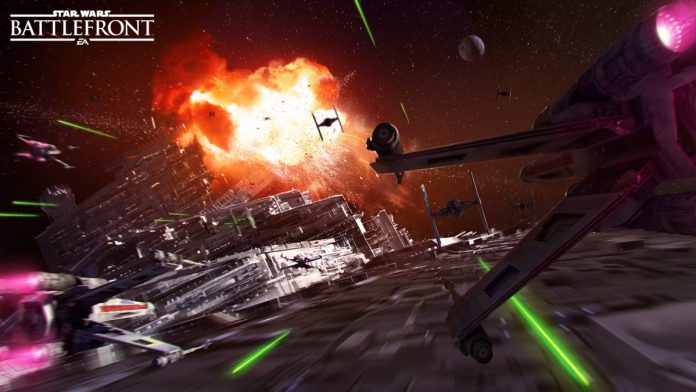 With September almost already halfway through, “Star Wars Battlefront” fans are already waiting for the arrival of the much-hyped Death Star downloadable content (DLC). The extension is tipped to roll out sometime this month but has not yet nabbed a specific release date. Luckily, the trailer for it will be dropping in a matter of hours as confirmed by the game’s weapon designer Christian Johannesn.

Taking to his official Twitter account, the EA Dice employee broke the news regarding the release date of the trailer. A couple of hours following the announcement, Johannesn was still apparently lurking in social media as he revealed that the teaser is “awesome” albeit admitting that at that point he was still unaware of the exact date that the company will release the preview online.

Meanwhile, online series “The Star Wars Show” has also taken a look at the new Death Star expansion during its latest episode providing a couple of seconds worth of a sneak peek. Tune into the video below at the 2:08 mark to check it out.

Part of the fascination revolving around the Death Star DLC is the option to step into the shoes of either Luke Skywalker or Darth Vader during a space battle. Those who choose to affiliate with the Rebel Alliance can board the famous Red Five X-wing Starfighter which the younger Skywalker boarded during “Star Wars: Episode IV A New Hope” as part of the assault squadron. Those who choose the Empire, on the other hand, can pilot Vader’s TIE Advanced x1.

“If you’re flying your own TIE fighter within the vicinity of the Dark Lord your damage capability increases,” said EA DICE designer Dennis Brnnvall in the latest issue of Star Wars Insider (via Reddit). He added that “Luke’s ship is pretty similar to a normal X-wing, except R2-D2 is on board he gives Luke the ability to repair the Starfighter whenever it takes damage.”

The first full trailer for “Star Wars Battlefront” Death Star DLC will be drop sometime tomorrow, Sept. 16, which hints that the full expansion pack will soon follow. Meanwhile, for those who are clamoring to get their hands on new content, the Bespin DLC may be a good way to waste time. The Cloud City-set multiplayer shooter pack is free to play until Sept. 18

Homeland season 5 spoilers: will filmed be filmed on location in...