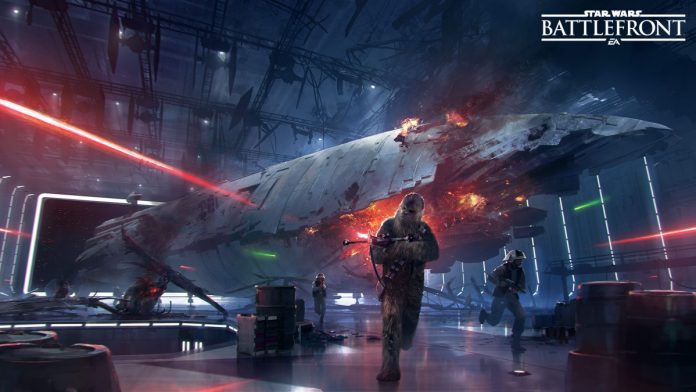 The recently held Star Wars Celebration Europe drew mixed reactions from fans who have been anticipating it since last year’s big bonanza. Loyalists point out that the recently concluded fan gathering paled in comparison to what Lucasfilm and Disney brought out in 2015 with the trailer for “Star Wars: Episode VII The Force Awakens” and other cool treats. Despite the flak, the occasion actually delivered when it came to the gaming department with the announcement of new content specifically for “Star Wars Battlefront.”

A brand-new character from the storied franchise was announced. The iconic Chewbacca finally makes his long-awaited debut in the video game via the upcoming downloadable content (DLC), Death Star. The official “Star Wars Battlefront” website also expressed excitement for this new development. This will be a great ploy to further draw attention to the shooter title especially since “Chewie has been one of the most requested heroes.” Electronic Arts (EA) adds that just like “Star Wars” fans, they are also “excited to see him team up alongside current heroes including his partner, Han Solo.” The two teaming up will presumably give players a good nostalgic feel given Han’s recent death in “The Force Awakens.”

Aside from the trustee Wookie, a brand-new bounty hunter named Bossk will also be added. He is of Trandoshan descent, which will certainly complicate his relationship with Chewie. The bipedal reptilian sentient humanoids are known for mostly hunting Wookies and it can be expected that his introduction will explore that to make things more interesting for players.

The much requested offline mode dubbed as Skirmish has also been confirmed to the delight of gaming fans. According to EA’s statement, “This new mode will offer players the ability to play across two of Star Wars Battlefront’s most popular modes, against AI, on a difficulty level of your choosing.” The feature was launched last July 21.

Z Nation season 2 spoilers: Murphy is on the run from...

'Once Upon A Time' season 5 news: previous characters may be...