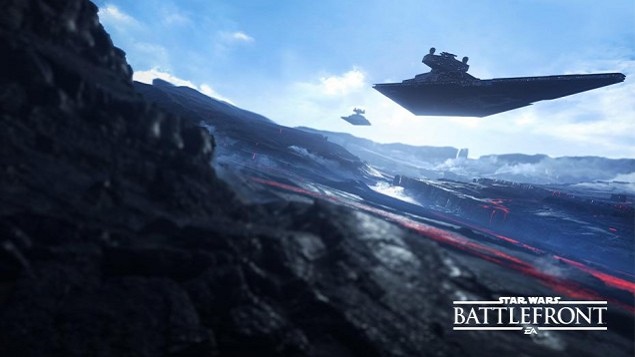 New rumors are coming out on the features of the upcoming Star Wars game, Battlefront 3.

According to Gaming Bolt, game publisher Electronic Arts released a screenshot from the game that depicted two Imperial Star Destroyers flying in low orbit over a world called Sullust.

Martin Toney, an author at Gaming Bolt, noted the quality of the depth of field (DoF) for the scene that the screenshot was taken from.

“[T]his is a great example (of the use of DoF),” Toney said of the screenshot.

In addition, Gamepur reported, Swedish magazine “Level” confirmed in a 12-page article that there will be playable women characters in the upcoming Battlefront 3 game.

Gamepur also revealed that Battlefront 3 will have 12 multiplayer maps installed on the initial version that will be launched on November 17. An additional two more multiplayer maps will be released by Electronic Arts as well after the game’s launch.

These maps can be obtained free of charge, Gamepur added.

DICE also spoke out on its approach in developing Star Wars Battlefront 3. DICE’s General Manager Patrick Bach said in an interview with the Official PlayStation Magazine that they are developing Battlefront 3 as a “reboot” rather than an additional title in the series.

“I think what we did was instead of trying to build upon the old games, we went back and said let’s start over,” PlayStation Lifestyle quoted Bach as saying during the interview.

Bach said that he and his team went back and analyzed the core idea in the Battlefront games, and built on that.

The DICE GM also said that the developers want to build their own games, and that they want the new Battlefront game to have the DICE brand in it.

“We build our own games, we build something that breathes ‘DICE’… So you have to see it as a reboot,” he added.

MacBook Air news: Laptop may come in June as part of...