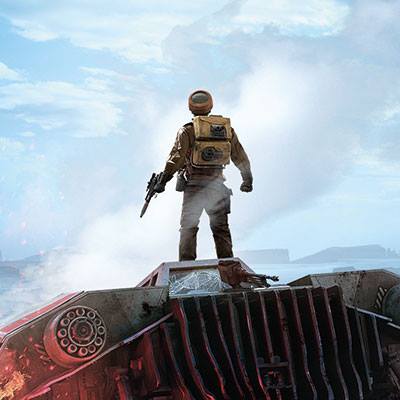 Even though not everyone walked away impressed with last year’s action shooter video game, “Star Wars Battlefront,” there still is no denying that the EA DICE-developed game was a massive hit. If it weren’t then it wouldn’t have made a lot of sense for the game developer and its publisher, Electronic Arts, to move forward with the development of a sequel. And with that in mind, “Star Wars Battlefront 2” has finally been confirmed and there’s even a projected launch date.

First reported by Polygon, the upcoming game is supposedly geared for a fall 2017 launch. The source of the information is a recent investor call in which EA’s chief financial officer, Blake Jorgensen, unveiled the plan of working on the video game for it to be finished around next year. Jorgensen even added that the team that will be working on the sequel to last year’s commercially successful title will be working hard to come up with a more “engaging” and “extremely deep” offering to gamers.

According to Cinema Blend, the original “Star Wars Battlefront” game didn’t impress gamers because of the limited gameplay. The publication even pointed out that the first game in the series that was released back in 2004 even had more content compared to last year’s version.

This time, though, the developers of this upcoming video game will be hard-pressed to give in to the fans’ demands of incorporating more gameplay elements to make it more versatile. Unfortunately, there still are no concrete details or information about the sequel, only that it will be released next year. The main concern would be how different will this one be when compared to its predecessor released last year?

Well, next year’s Electronic Entertainment Expo will surely provide more answers for those who have been eagerly waiting for the sequel.