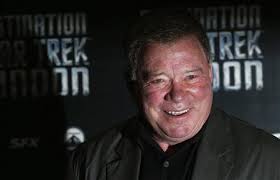 Paramount Pictures may be on the path to produce a TV series entitled ‘Star Trek Uncharted,’ after getting a fan to pitch the idea for the show.

Reportedly, Paramount Pictures has recently acquired the domain name StarTrekBeyond.com, and invited the previous owner of the website to pitch an idea for an updated Star Trek TV series.

Michael Gummelt, the previous owner of the website, speaking to Comic Book, said: “I can now officially announce that I do, indeed, have an invitation to come pitch Star Trek Uncharted at Paramount this summer! As far as I know, this is the first time a fan (not an established industry insider) has been invited to pitch a Star Trek TV series. This is, obviously, extremely exciting and I’m doing my best to get support for it from industry professionals. One of my concept cast members has read the script and expressed interest in supporting it, which is fantastic!”

According to the report, the idea that Gummelt presented to the studio supposedly takes place years after the mission of Captain Kirk, and is set to feature a completely new crew and enterprise.

The mission of the new TV series will be to explore new and strange worlds, along with seeking out new civilizations. The series is also expected to chart most of the Andromeda Galaxy, and will probably establish initial contact and forge diplomatic relations.

Comic Book published a draft of what the pitch looks like, which is as follows:

“A mysterious signal is received from the Andromeda Galaxy, claiming to be from the creators of life in the Milky Way, and inviting us to come meet them. A new “space folding” technology developed a Hyperwarp Gate constructed to warp jump 2.5 million light years to the Andromeda Galaxy.Probes have returned successfully with data about Andromeda.”

The novel part of the series will be that the show will see the building of a new USS Enterprise, after the original ship was destroyed in the Galactic War.