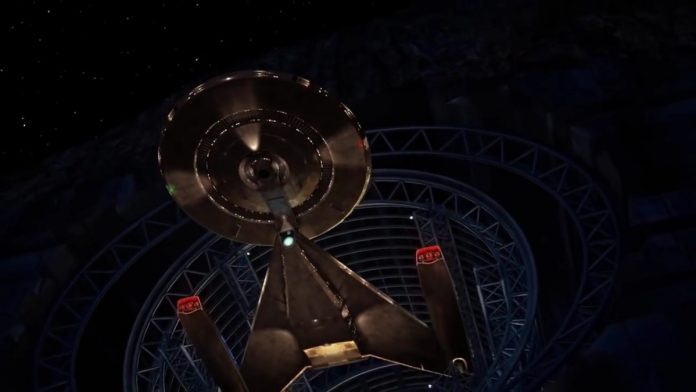 A lot has been revealed during the “Star Trek: Discovery” panel at the Star Trek: Mission New York convention last weekend as fans got an inside look at how the new series was planned.

An interesting thing to note was the decision to set the timeline of “Star Trek: Discovery” to 10 years before the start of James T. Kirk’s (William Shatner) five-year mission in the original “Star Trek” series.

Veteran “Star Trek” writer Nicholas Meyer explained that the move gave the writers more room to maneuver and create storylines since they won’t be tied down by expectations of familiar characters from other “Star Trek” iterations appearing in the series.

While he was absent during the event, show creator Bryan Fuller left a video message revealing that while viewers would see familiar alien races in “Star Trek: Discovery,” the show would also introduce new aliens, ships and planets.

Meanwhile, writer Kirsten Beyer announced that CBS will be working with IDW Publishing and Simon & Schuster to publish a series of books and comic books set in the “Star Trek: Discovery” timeline. David Mack (“Star Trek: Destiny”) and Mike Johnson (“Star Trek: Boldly Go”) would also work with Beyer in drafting the stories.

Beyer did not reveal the potential storylines for the companion books and comic books, but they will probably come out in time for “Star Trek: Discovery’s” premiere in January.

Reports are saying that “Star Trek” creator Gene Roddenberry’s wife, Majel Barrett, may also play a part in the new series. Well, sort of. Barrett died in 2008, however, her voice may be used in future “Star Trek” related movies and TV shows including “Star Trek: Discovery.”

The Roddenberry Twitter account tweeted that Barrett’s voice was recorded before she died, so there’s a chance that her voice might appear in “Star Trek’s” Library Computer Access/Retrieval System (LCARS) computer operating system. Furthermore, they are also working on getting Barrett’s voice on a smartphone or computer, similar to what Apple has done with Siri. Fans will certainly find that interesting.