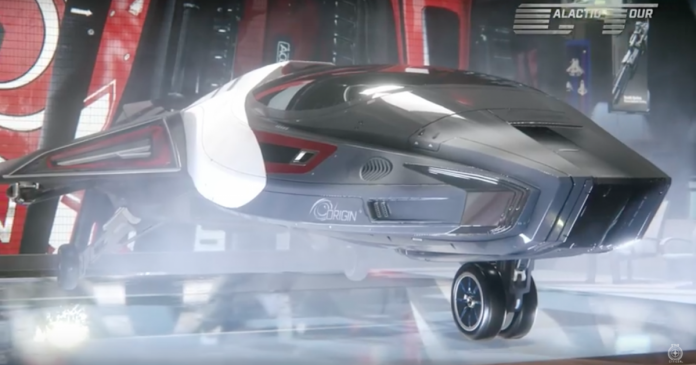 The promotional clip has a reporter named Jax McCleary introducing the new well-made model from company Origin. He shares that he is reporting directly from the Intergalactic Aerospace Expo after a night of partying with the company, “To be perfectly honest I can’t think of a better way for Origin ships to be celebrated but with a drunken revelry.”

“From day one, Origin has been crafting vehicles that are as fun to fly as they are to look at. I’m talking the stuff of the locker posters. The kind of ships that middle-aged pilots can’t resist the allure,” he excitedly continues.

On a related note, the developer posted extracts from its production schedule in the Robert Space Industries website. It was shared that some parts of the game such as Star Marine, Arena Commander, and other modules are currently under development. Meanwhile, the target release for the Alpha 2.6.0 is on Dec. 8.

Cloud Imperium Games has listed all the features that are being developed such as the codes, animation, combat signals, destructible props, facial idles, character art and design.

“The community has always been integral to ‘Star Citizen,’ so we will be updating this page weekly to keep you informed about our development. We hope that this page will not only help explain our latest status, but also provide some explanations in the event that updates are delayed,” the developer stated.

According to Gaming Bolt, “Star Citizen” is set to be released on PC exclusively. While the first-person shooter module dubbed “Squadron 42” was originally set to launch this year, it was later revealed to be delayed. Specific dates for both titles have yet to be revealed but it is expected to become available in 2017.

Iron Man 4 confirmed, but fans are in for a wait