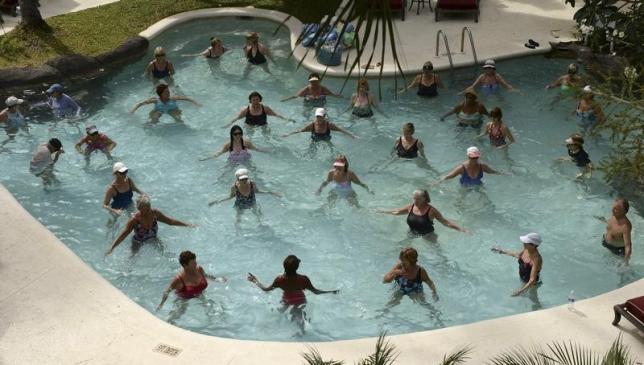 A study published in the Journal of Physiology demonstrated that long-term physical exercise is associated to neuroprotection in mice models that replicate mild type 3 Spinal Muscular Atrophy (SMA). This is important in providing insights in designing rehabilitation programs for patients with SMA. Currently, there is still no cure for this neurodegenerative disease.

Researchers from the Universit Paris Descartes in Paris, France designed a 10-month training program for the SMA-like mice. The mice had to either perform low-intensity running exercises or high-intensity swimming exercise, 5 days a week for 10 minutes a day. In addition, their morphological and physiological adaptations were assessed through biochemical and cellular assays. Changes in behavior were also observed. Results show that the swimming exercise protected intermediate and fast motor neurons from neurodegeneration. These neurons are the most affected during SMA. On the other hand, the running exercise only protected slow motor neurons.

Results of this study will hopefully change the view of health care providers towards physical exercise being a part of long-term care regimens for SMA. Previously, active exercise was initially thought to damage muscles and neurons. The real effect of physical exercise was poorly understood. Thus, it was avoided for rehabilitation programs.

Oliver Bondi, the lead author of the study, explained to EurekAlert that “physical exercise [could] be part of a cheap, beneficial long-term care program for SMA patients (especially compared to pharmacological approaches and walking aids), it also highlights the importance of defining a specific exercise regimen to limit the neurodegeneration process.” He added that the findings are now being used to design an “innovative clinical trial” for SMA patients in France.

SMA is caused by an inadequate amount of the protein, survival motor neuron (SMN), especially in spinal motor nerve cells, causing their depletion in the body and subsequent neurodegeneration of varying degrees, among other clinical outcomes.