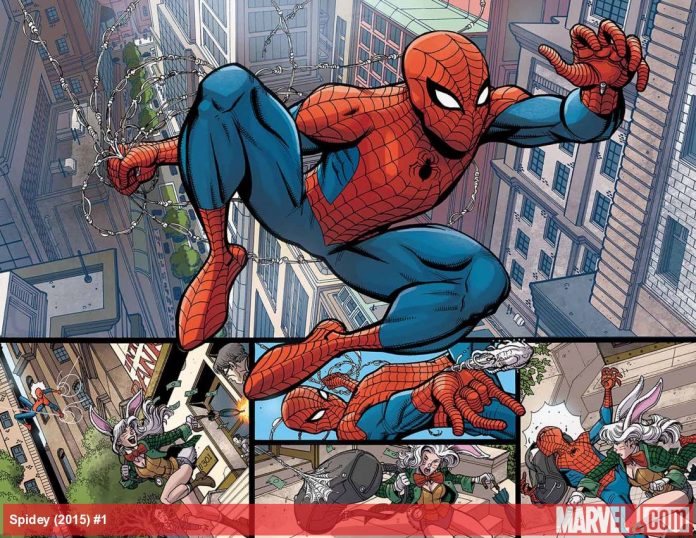 An all new Spider-Man will be swinging to online and retail stores starting Dec. 2. Titled “Spidey,” the comic book series will focus on the early days of Peter Parker as the web-slinging superhero.

According to Comicbook.com, the new series is from writer Robbie Thompson and artist Nick Bradshaw. Unlike the previous stories featuring the character, “Spidey” will take Peter Parker back to high school.

Thompson is also known for penning other series under Marvel like “Venom: Space Knight #1,” “Silk #1,” and “Silk Vol. 0: The Life and Times of Cindy Moon.” On the other hand, Bradshaw’s other works include “Spider-Verse #4,” “Guardians of the Galaxy: Guardians Disassembled,” “Amazing X-Men Vol.3,” and “Wolverines #9.”

The official synopsis of the series as posted on Marvel reads, “Today, he’s the world’s greatest super hero. But long before he swung from rooftops as the Amazing Spider-Man, he was a super powered teenager who knew that with great power must also come great responsibility. Class is in session as Peter heads back to school in a classic and iconic take on the Spider-Man mythology. Familiar faces and characters populate Peter Parker’s world as he balances his double life as high school student and the high-flying, web-swinging new hero Spider-Man!”

The release of the new comic book series comes before the release of the standalone Spider-Man film that will be helmed by Marvel Studios. The still untitled reboot will be released on July 28, 2017, and it will star Tom Holland as Peter Parker. Before 2017, however, Spider-Man will be included in “Captain America: Civil War.” To be released on May 6, 2016, Holland will star alongside Robert Downey, Jr. as Tony Star/Iron Man and Chris Evans as Steve Rogers/Captain America.