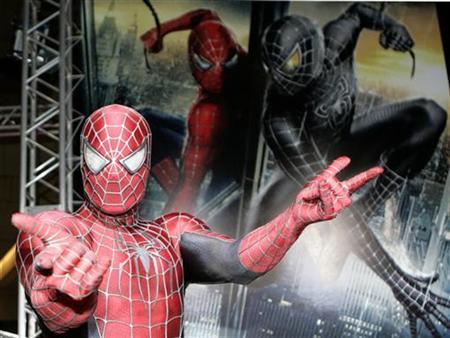 Is it just us or is Aunt May getting hotter and hotter in each installment? The reboot is doing more than mere botox for the usually old or sweet grandmotherly vibe of the Aunt May character in Spiderman. The role will be played by no less than Marissa Tomei. Additionally, Marc Webb weighs in on the reboot and claims that he is both excited and sad for the upcoming film.

The 50-year-old gorgeous actress is accompanying the youngest and freshest Spiderman character to date, Tom Holland, in the 2017 film. She is also going to have a role in Empire as Mimi Whiteman so the next few years will be an extremely busy time for her.

The choice to take on the role of Aunt May is quite new for Tomei. She is usually seen in heavy dramas or romantic comedies and not in action superhero film tropes. Fans are quite interested to know what this new spin on the character will bring to the reboot.

Marc Webb, director of the trilogy of The Amazing Spiderman, is just as excited about the reboot but with a tinge of sadness for letting go of the franchise to Marvel. “Jon Watts is directing it, I knew him from the old music video days and he’d done some really fantastic music videos, so it’s really exciting. It’s sad a little bit to surrender that in a way – but it’s as it must be, I guess,” he says, fully convinced that the new film is in good hands according to Z News. He also believes that there is so much room for reinvention in Spiderman and the reboot will prove just that.

Webb also believes that the full array of villains for Spiderman has not been explored yet. During his time, he was unable to include The Gentleman or man in the hat, Venom or the Sinister Six as formidable Spiderman opponents. He believes that these villains are exciting to work with.

'Arrow', 'The Flash' crossover episode will be a 'true two-part story'