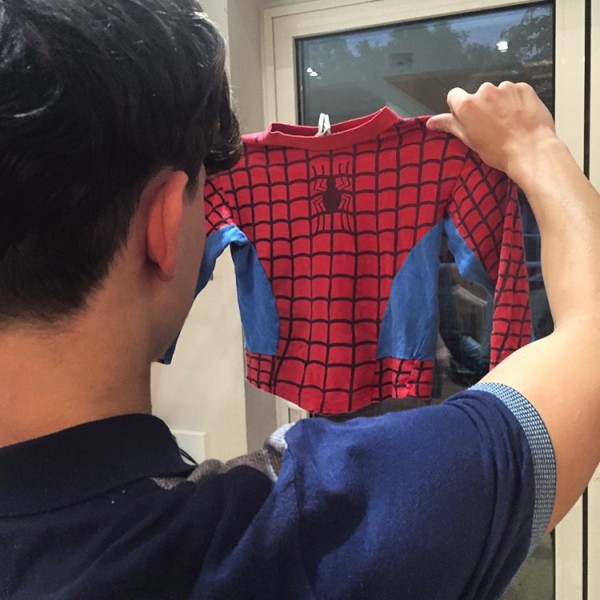 When Tom Holland takes over the role of the webslinger, expect him to be sporting a new suit designed by none other than Tony Stark himself, Iron Man.

According to a Latino Post article, rumors indicate that the new Spiderman may be receiving a special spider suit from Stark, which incorporates the Stark technology on his web slingers.

This storyline is consistent with the comic book Amazing Spider-Man #529: The Road to Civil War which is a prelude to the Civil War arc that will be explored in the third Captain America movie.

In the comics, Spider-man originally sides with Iron Man in the conflict about Stark and Steve Rogers’ opposing stand on the government’s Superhuman Registration Act, wherein superheroes are divided into those who believe in Tony and those who think that Steve is making the right call.

Towards the end of the book however, Spider-man switches sides, believing that Captain America was on the right side of the conflict.

The report also hinted however, that Spidey sporting a Stark made suit may not even happen at all if the movie chooses to deviate from the books. In previous adaptations of Spider-man, there was no mention of Stark technology incorporated in the web slinger so the 2017 reboot could also follow the thread.

Meanwhile, fans are growing more excited about the next Spider-man reboot after Tom Holland posted a cute photo of himself on Instagram proving that he was born to play the part.

In his post, the star can be seen holding up an old Spider-man costume from when he was little.

“A trip down memory lane… Thanks mum for keeping this,” he said.

The new film is set to come out in on July 28, 2017 and will be directed by Jon Watts, who recently directed Cop Car.

Also set to star alongside the young actor is Marisa Tomei, who will play his Aunt May, the film’s IMDB page indicated.