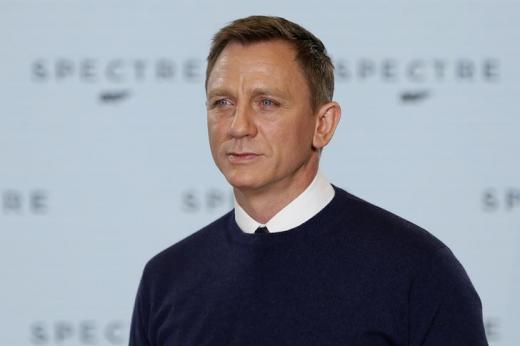 With the next installment in the British suave spy James Bond franchise titled “Spectre” opening this month, it seems like lead actor Daniel Craig is ready to move on and leave his iconic role.

With “Casino Royale,” “Quantum Solace” and the successful “Skyfall,” TimeOut asked Craig if he wanted to make another film after Spectre, to which Craig answered with, “Now? I’d rather break this glass and slash my wrists. No, not at the moment. Not at all. That’s fine. I’m over it at the moment. We’re done. All I want to do is move on.”

He said that he was contracted to make four movies and when pressed if he would consider doing more with the character that has made him a household name, he said: “I haven’t given it any thought. For at least a year or two, I just don’t want to think about it. I don’t know what the next step is. I’ve no idea. Not because I’m trying to be cagey. At the moment, we’ve done it. I’m not in discussion with anybody about anything. If I did another Bond movie, it would only be for the money.”

Craig also mentioned that if another actor has been offered the part, his advice would be to make sure that he “listens to everybody” but makes the final decision on his own. The person also has to step up his game as James Bond is special, “Just make sure you’re great. You’ve got to push yourself as far as you can. It’s worth it, it’s James Bond,” he concluded.

Meanwhile, rumors have it that Spectre may see 007’s backstory, something that has not been done in the 50 years of the franchise.

Spectre is slated to hit the theaters on October 26 in the United Kingdom, followed by international release on November.