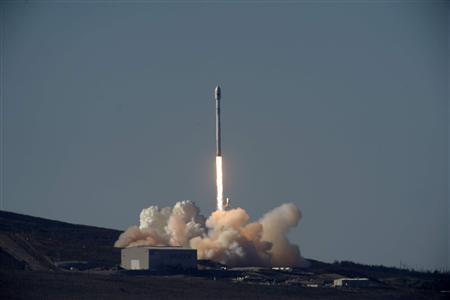 NASA suffered a major loss, when the unmanned SpaceX’s rocket, Falcon 9, exploded and was blown into bits just a few minutes after its launch as the cause behind the explosion still remains unknown, according to a report by CBC.

SpaceX was a supply mission to the International Space Station (ISS), which was destroyed after the explosion that broke the Dragon spacecraft and the Falcon 9 rocket, which was propelling it.

Reportedly, the accident which occurred about 2.5 minutes into the launch, was seen falling into the Atlantic Ocean. A video was posted on Instagram, which showed the disintegration of the spacecraft and the rocket, which was carrying around 5,200 pounds of space station supply for the ISS, according to a report by Fox.

The report also suggested that the NASA commentator George Diller announced that the vehicle has broken up, although he did not mention how the accident took place or the reason behind the failure of the launch.

SpaceX, which is owned by the prominent entrepreneur Elon Musk, tweeted saying, “Falcon 9 experienced a problem shortly before first stage shutdown. Will provide more info as soon as we review the data.”

He later tweeted a follow up message, saying, “Cause still unknown after several thousand engineering-hours of review. Now parsing data with a hex editor to recover final milliseconds.”

This comes as a huge loss to NASA in terms of resources, time and effort since NASA was banking on SpaceX to transport cargo to the orbiting lab at the ISS.

In a press conference, soon after the explosion, Michael Sufferdini, the manager of the space station programme said the incident was a huge a loss to the organization, but he assured that the crew at the ISS were fully equipped until late October.