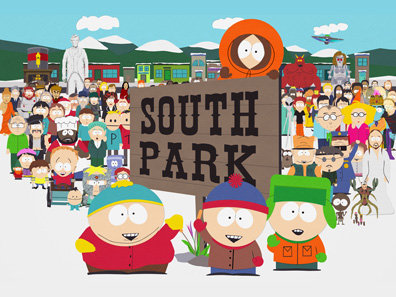 In the last episode of “South Park” titled “Sponsored Content,” Jimmy was recruited by a mysterious group for possessing the special ability of being able to discern ads from news. He was introduced to Leslie, one of his classmates at school. But soon, Jimmy realized that Leslie herself is a living ad. And after an ongoing rift with PC Principal, Jimmy is replaced by Nathan as the school paper’s editor.

The episode seems to set up even more interesting plotlines that will conclude the series’ 19th season. IGN‘s assumption is that the show’s creators, Trey Parker and Matt Stone, are mapping out an end to the season with another “epic-style trilogy.”

Parker and Stone, who also lend their voices to a variety of characters on the show, are known for their satirical  and sometimes controversial  style of comedy.

So what is in store for fans in the upcoming episode?

“The latest news in the school paper sets the boys on a search to find their two missing classmates,” South Park studio states in a recent press release. “Being the crack reporter that he is, Jimmy sets out to learn everything he can about what makes Leslie tick. Meanwhile, Principal Victoria and Mr. Garrison return to a South Park that has become unrecognizable.”

The studio also recently released a teaser video of the new episode.

“So, South Park kind of sucks now. You guys want to bail?” an anxious-looking Randy says to his family as they eat at the dinner table. He later reveals to his wife that the town has become too expensive for them to continue living in.

With the town recently improving due to gentrification and being more politically correct (or PC, as the show likes to put it), it is possible that their standard of living has also risen, which is why Randy and his family can’t afford it anymore. It is unclear yet how this will tie up with Jimmy’s ad storyline, but fans are eager to see how it will turn out.

The new episode of “South Park” titled “Truth and Advertising” will air on Dec. 2 at 10 p.m. on Comedy Central.