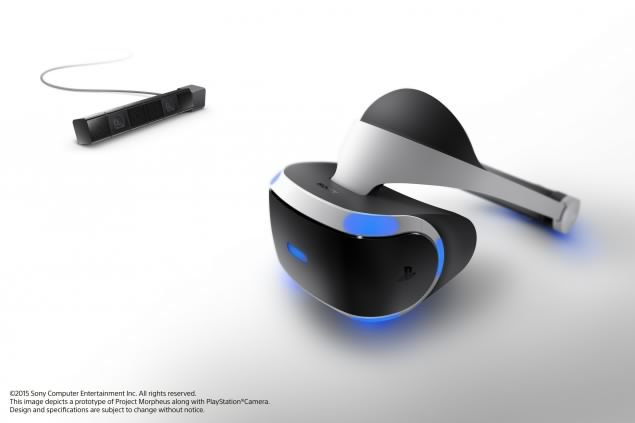 Is it really that expensive?

Sony’s VR project, the Project Morpheus, has gathered mostly positive reviews and feedback from some people that have tested the unit. While the company has been silent about giving more information about its release, price, and support, an Austrian online retailer posted the Project Morpheuswith a price and a release date.

As per reported by Hardcore Gamer, the listing priced the Project Morpheus at 399 euros, or when converted, around $450. The listing also said that the much-awaited VR accessory for the PS4 is set to come second quarter of 2016.

The listing is no longer live, but it had been online long enough for it to spark a lot of talks and speculations regarding Sony’s upcoming VR technology for gaming. There are people who were infuriated about the price. Should the price posted in the listing turn out to be the device’s official price, it will make the Project Morpheus even more expensive than the PlayStation 4, the console where it will be an accessory for. The PlayStation 4 had an introductory price of only $399.

Project Morpheus is a head-mounted display that has two screensone for each eyewith a resolution of 980 x 1080 each. It features a 5.7-inch 1920 x 1280 OLED display. Display refresh and frame rates go at 120Hz and 120 fps, respectively, with a minimum latency of 18ms. With this, Project Morpheus is set to provide a flawless and seamless gaming experience.

As for its supported titles and games, Project Morpheus won’t be short of possible titles, as PlayStation 4 has a lot of games to offer that will surely work well with the device’s Virtual Reality technology. Some of the announced titles that will be available for the Project Morpheus include Among The Sleep, ARK: Survival Evolved, GNOG, and Project CARS,among others.

Sony is expected to reveal more details regarding the Project Morpheus on E3.

PlayStation NEO release date alongside PS VR? what to expect