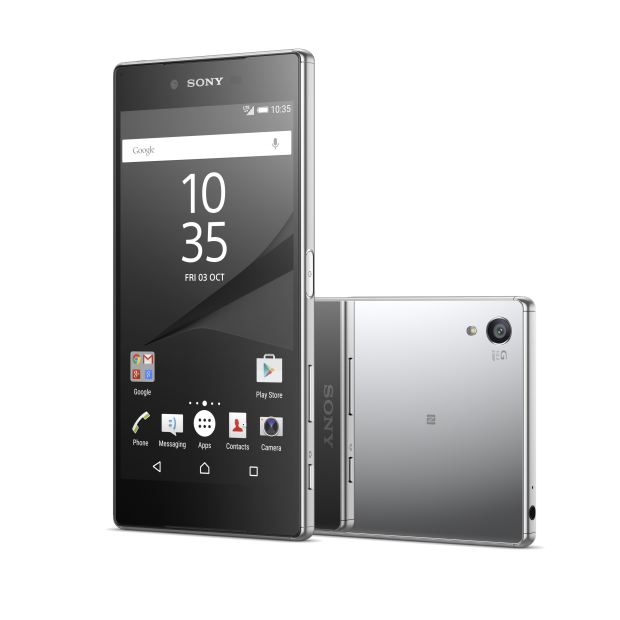 Sony showcased the much-awaited Z5 Premium at the recently concluded IFA Berlin 2015, which confirms that its rumored 4K resolution is indeed coming with the phone.

Sony introduced three variants for the Z5 line, which includes garden-variety Z5, compact Z5, and the premium Z5. Khaleej Times was able to experience the handsets first hand and described the premium as “like carrying TV around all the time.” Z5 Premium is the first in the world with a 4K resolution at 3840 x 2160 pixels. The handset is powered by a 1.9 GHz octacore using Qualcomm Snapdragon 810 chipset. It comes with a 3GB RAM and an internal storage of 32GB, which can be further expanded through an external memory slot of up to 200 GB. Aside from this, the phone comes with an IP68 certification, which means that it can withstand up to 1.5 meters of water for 30 minutes.

Sony Z5 Premium will debut in United Kingdom next month with an exclusive tie up done by Vodafone. It will launch the “Bond Phone” where users will get to have the upcoming James Bond movie, Spectre contents within the device. This includes James Bond themes, wallpapers, and even a scene blog from Naomi Harris, who plays Miss Moneypenny.

The Bond Phone is already available for pre-order via Vodafone UK. Along with this, Vodafone UK is throwing in a couple more perks with a raffle to win one of the 50 Aston Martin experience days and a price slash in the Sony AZ1VR Action Cam Mini, which will cost only 49 with the purchase of a 49 Red 4GB Value 4G bundle.

President and CEO of Sony Mobile Communications Hiroki Totoki said that “Smartphones are part of people’s lives. Since users already create, share and enjoy most of their content on the go we’ve set out to bring Sony’s latest innovations in camera, design and display to ensure the Xperia Z5 series is the best possible lifestyle and entertainment platform,” notes PC Advisor UK.

Sony Z5 Premium was initially shown on September and will be on sale on October.