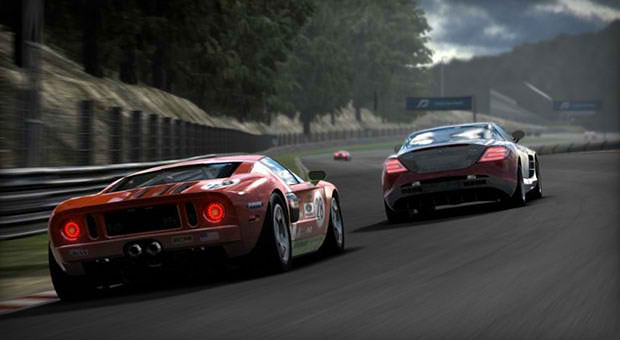 Sony Worldwide Studios president Shuhei Yoshida reveals that one of the pssible titles that may be coming for the PlayStation VR soon could be the new Gran Turismo title.

In a recent interview with Eurogamer for the 20<sup>th Anniversary of the PlayStation console, Yoshida was asked if he would consider having racing titles for the PlayStation VR, such as Gran Turismo.

“Many trial tests we’ve been doing, some genres just work fine,” he answered. “One of those genres is racing games. So when Gran Turismo comes out on PS4, I’d like to see it support PlayStation VR, yeah.

Yoshida also explained the company’s decision for finally calling the virtual reality headset “PlayStation VR”, and not the previous name “Project Morpheus”, and it has a lot to do with their goal to have the new device be strongly linked to the PlayStation console overall.

“The people who know PlayStation as a great entertainment system, a gaming system, and enjoying video contents as well,” he said. “In the same way, because it’s such a new thing, VR, most people, for the first time really try the modern VR, so instead of putting some exotic names for that, we believe that it’s better to associate with PlayStation brand that people know as a fun product.”

Gran Turismo 7, the latest upcoming title in the racing game franchise, is developed by Polyphony Digital and will be published by Sony Computer Entertainment exclusively for the PlayStation 4 console. Talking about the PS4 exclusivity of the game, creator Kazunori Yamauchi had this to say: “Everything will be running naturally. PS3 was much, much more difficult. The high quality of data that we have being rendered on the PS4 I think is going to make an incredible difference.”

As detailed by Sony, the PlayStation VR headset comes with a 5.7 inch OLED display with a 1920 X RGB X 1080 resolution. This new screen expands the field of view and enables low persistence, removing motion blur.

With the new refresh ratedouble than what was originally announced beforegames for the PlayStation VR can now be viewed on a stunning 120 fps rate. Combining this power with the OLED display equates to an amazingly smooth visual experience.

Since having low latency is a very critical factor when it comes to VR experience, Sony made it to the point that they reduced the latency to less than 18ms, about half of what the first PlayStation VR prototype had. It helps to deliver a sense of presence and comfort to players.

No release date or price details are available as of now, but keep that wallet ready as more details are set to come in anytime soon!