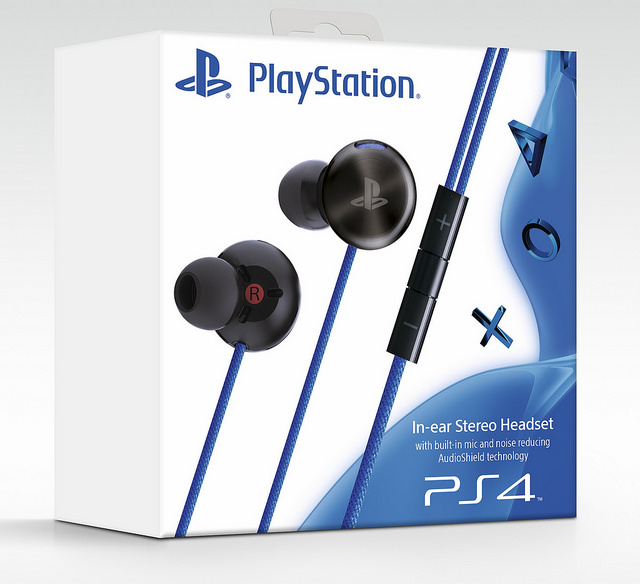 As detailed by the European PlayStation Blog, the new In-ear Stereo Headset for PS4 is specially made to give players an immersive gaming experience, with its ability to cancel out outside noise so that the in-game sound is the only thing that the player hears. All thanks to the built-in AudioShield technology, users can now opt to totally cancel out all background noise for a 100% pure audio experience.

Aside from the noise-cancellation feature of the AudioShield technology, the new In-ear Stereo headset also features a built-in microphone for in-game chatting as well as for taking calls when used on a smartphone. Don’t feel like talking while on multiplayer? A microphone mute switch is also present, along with an in-line call button. And for better accessibility, a dedicated volume control button can also be found on the headset.

The In-ear Stereo Headset for PS4 is made with a blue woven fabric cable, and it comes with a custom pouch so that users can easily carry it around anywhere and everywhere. The AudioShield technology can actually be toggled on and off, and is powered by a rechargeable battery.

As for the price, the In-ear Stereo Headset for PS4 comes with a price tag of 77.99/89.99, or at around $120 in equivalent. It launches in the UK and in Ireland on December 4, and will launch in the rest of Europe, Australia, New Zealand, the Middle East and Africa on December 9.