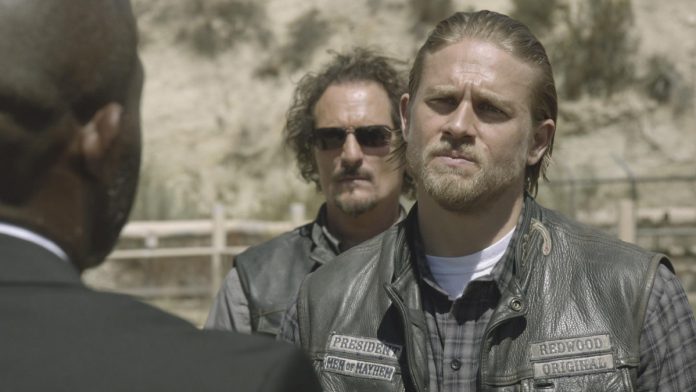 Sutter took to Twitter to update fans on the progress of the upcoming show. He posted a photo of four bikers, with one of them being Emilio Rivera, looking fiercely at the camera and captioned it with, “The return is near. #MayansMC.”

Although Jax Teller (Charlie Hunnam) may not be riding again in the new story, the FX network is said to be hoping that the parent series’ massive fan base will also support the project. It was revealed back in May that the script was already in development with its potential release taking place sooner than expected.

Sutter has tapped Latino filmmaker Elgin James to help in the production of the plot that will focus exclusively on Mayans, the group who was sometimes an opponent, sometimes an ally to the Sons of Anarchy Motorcycle Club, Redwood Original (SAMCRO). The Mayans and SAMCRO were rivals before Teller negotiated a truce.

In a previous interview with Deadline, Sutter shared that, “I wanted to find a strong, unique Latino voice. Because I didn’t think a white guy from Jersey should be writing about Latin culture and traditions. Elgin is that voice.”

The news outlet deemed that “Mayans MC” will be a dark and visceral family drama. It will also give a new look at most American of icons, telling the narrative of the one percent outlaw, as reflected through the perspective of Latinos.

Hunnam will reportedly not reprise his fan favorite character. The 36-year-old star told Men’s Journal that filming of the original show was not entirely a pleasant experience, “Kurt and I never blasted each other in the face. But, I will say it got close,” he revealed.

If the pilot will be picked up by the network, it is rumored to have10 to 12 episodes for the season. However, since FX has yet to comment on the matter, available information should be taken with a grain of salt.

Sense8 Season 2: fans come up with their theories as they...