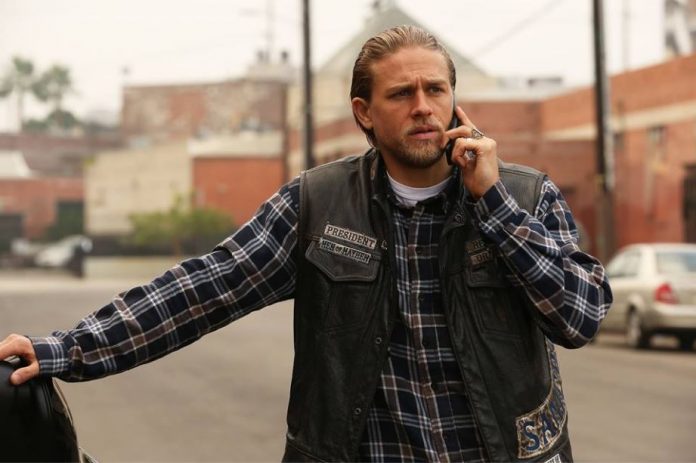 It has been almost two years since “Sons of Anarchy” aired its series finale, yet fans are still mourning the end of one of the most exciting TV series in recent times. However, the show’s legacy lives on as show creator Kurt Sutter is working on a spin-off series titled “Mayans MC,” and based on Sutter’s social media posts, it appears that the new show might have a few surprises for avid fans of the original series.

Sutter took to Instagram on Wednesday and posted a “Sons of Anarchy” screenshot featuring Jax Teller (Charlie Hunnam) and Marcus Alvarez (Emilio Rivera). The photo was captioned, “My favorite kind of family. Dysfunctional. #MayansMC #SOA.” The series creator also took to Twitter last month and posted a photo of Rivera’s character and captioned it, “Working hard on some sweet surprises. #MayansMC.”

Is Sutter hinting that Hunnam might be reprising his character in the spin-off? In the original series, the Mayans were portrayed as a rival California motorcycle club, comprising mostly of Mexican-Americans and led by Marcus. At first, the group was SAMCRO’s adversary, but in time, Jax’s team was able to form a working relationship with the Mayans.

While it makes sense for Jax to appear in “Mayans MC,” there’s also the fact that the series finale of “Sons of Anarchy” made it appear as though he was killed off. In the iconic closing scene of the series, Jax went on a last motorcycle ride while being chased by the police. He sees a truck coming towards him, and Jax took his hands off the handlebars and raised them as he sped towards the truck. While his death wasn’t shown onscreen, the last moments of the episode saw a trail of blood on the road.

A season premiere for “Mayans MC” has yet to be announced, but FX has officially ordered a script for the pilot. Along with Sutter, “Sons of Anarchy” co-creator Elgin James will develop the project.