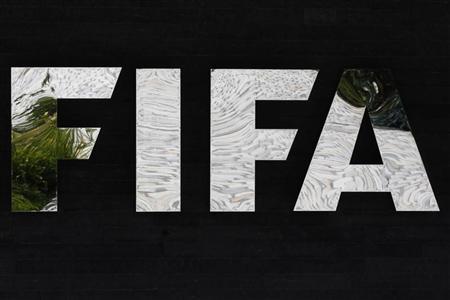 World Cup sponsor Nike Inc said on Wednesday it was cooperating with authorities after bribery and corruption charges against senior FIFA officials were announced by U.S. prosecutors and arrests were made in Switzerland.

The indictment also said that in 1996, a global sports company, which was not identified in court documents, agreed to pay $160 million over 10 years to become the Brazil team’s exclusive footwear, apparel, accessories, and equipment supplier. That was an apparent reference to Nike Inc, which sponsored the Brazil national team.

The indictment said the company had agreed to financial terms not in the initial contract, which included paying an additional $40 million to an affiliate of the team’s marketing agent with a Swiss bank account and referring to the amount as “marketing fees.”

U.S. Attorney General Loretta Lynch was asked at a news conference if there was any liability for companies that had won marketing rights and if they were being investigated.

She declined to comment when asked if one of the companies was Nike.

Later on, Nike said in a statement, “Like fans everywhere we care passionately about the game and are concerned by the very serious allegations.”

“Nike believes in ethical and fair play in both business and sport and strongly opposes any form of manipulation or bribery. We have been cooperating, and will continue to cooperate, with the authorities,” the company said.

Nike did not respond to a request for comment beyond its statement.

“This lengthy controversy has tarnished the mission and ideals of the FIFA World Cup and we have repeatedly expressed our concerns about these serious allegations,” Coca Cola said in a statement.

Anheuser-Busch InBev and McDonald’s Corp said they were in contact with FIFA and monitoring the situation.

World Cup sponsors are in an awkward position, experts said, because they are under pressure from consumers to distance themselves from any corruption, but such sponsorships are lucrative in the long term.

“The value of the sponsorships is very high or they wouldn’t be prepared to pay so much for it,” said Interbrand Chief Executive Jez Frampton. “Football is one of the few global properties that enables you to connect with people around the world.”

“These sponsors put a lot of money into associating with the World Cup,” Prazmark said. “They’ll give them a little bit of time to get their house in order.”

Putin visits Italy with one eye on EU sanctions