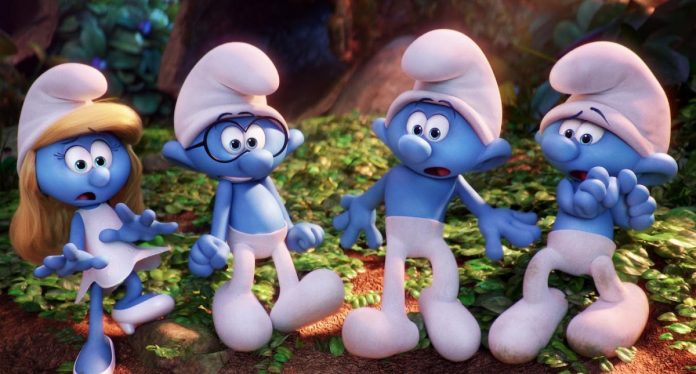 Peyo Culliford’s well loved blue characters are back in “Smurfs: The Lost Village.” Demi Lovato leads the new batch of actors that will give voice to the Smurfs.

Sony Pictures Animation produced a completely different Smurfs film. Instead of infusing live action and animation in one like the first and second movies, the new film will be a full length computer animated feature. The production aims to return to the tone and style of the well-loved comic books.

Other members of the voice cast are Rainn Wilson as Gargamel and Mandy Patinkin as Papa Smurf. Also starring are three-time Emmy nominee Jack McBrayer (“30 Rock,” “Wreck-It Ralph”) as the sweet, awkward and honest-to-a-fault Clumsy, Danny Pudi (“Community”) as book smart and geeky Brainy, and Joe Manganiello (“True Blood,””Magic Mike”) as the strong and super-positive Hefty.

In the synopsis, Smurfette, Brainy, Clumsy and Hefty uncovers a mysterious map leading them to a completely different Smurf Village. The quartet heads to the Forbidden Forest to find the lost village, hopefully before the evil wizard Gargamel finds it. The discovery is considered as the biggest secret in the history of Smurfs, putting the foursome in an adventure full of action and danger.

The trailer teases the location of the Lost Village with a new group of characters. There is a possibility that Smurfette will not be the only girl this time around. Instead, the whole village might be inhabited by hundreds of female smurfs. Check out the trailer here.

Kelly Asbury will be directing the fully animated film, aiming to replicate the beloved comic book creations of Peyo. Asbury shared in an interview where they got their inspiration in creating the film.

He said, “Many things inspired the type of movie we wanted to make. Everyone involved agreed that the story should be a high-adventure journey, so classic movies like ‘Raiders of the Lost Ark’ and ‘Goonies’ came to mind. The richness in color was influenced by the great French Impressionists painters. The Forbidden Forest where the Smurfs venture was envisioned as equal parts Oz, Pandora and Wonderland, filled with dangerous and magical creatures like Smurf-eating Flowers or Boxing and Kissing Plants, to name a few.”

Asbury directed other box office hits such as “Shrek 2” and “Gnomeo and Juliet.”

Slated to open on April 7, 2017, “Smurfs: The Lost Village” is produced by Sony Pictures Animation.

Josh Duggar to embark on a public speaking tour?