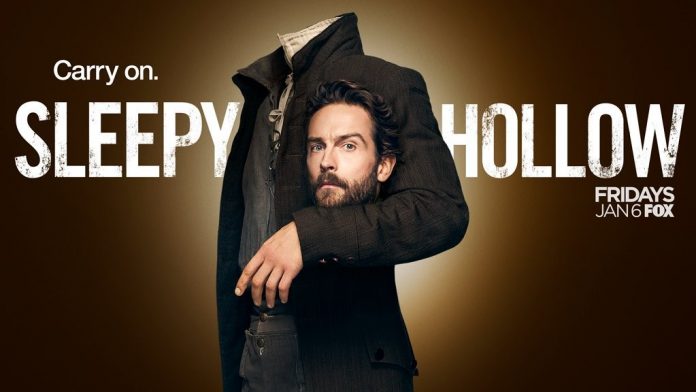 The fourth season of the supernatural drama “Sleepy Hollow” concluded with Ichabod (Tom Mison) bargaining his soul to the King of Hell for a Philosopher’s Stone. Can he undo his deal with Lucifer and take back his soul?

“If this is the final episode, I think Crane’s attitude about it is enough that I think fans would trust that he would find his way out of it,” Raven Metzner, executive producer, told Entertainment Weekly.

As of this time, Fox has not announced the fifth season renewal of the series.

In episode 13, Dreyfuss (Jeremy Davies) unleashed the Four Horsemen and held the President captive. Parrish (John Noble), as War, tried to hold back the Horsemen, while Jobe (Kamar de los Reyes) sent Diana (Janina Gavankar) and Ichabod to Hell to meet with Lucifer, who gave the war veteran the Stone in exchange for his soul.

Using the Stone, they managed to circumvent Dreyfuss’ immortality, and Jobe dragged him to Hell. The President granted the hero his American citizenship, and he re-established Agency 355 with Diana as a full-time agent.

Metzner stated that Dreyfuss represented tyranny, and Ichabod was the voice for democracy, the idea of personal freedom, and the country built on the ideals of freedom.

“Crane’s triumph, and the team’s triumph, in defeating Dreyfuss is a triumph for freedom over tyranny,” said the showrunner.

If they will return for another season, Metzner wants to keep Noble’s character. As far as the plot is concerned, he plans to challenge Mison’s character as he fights back to retrieve his soul while serving the country.

“The idea is that as the show goes forward, there’s a new paradigm, which is: Crane has now officially realized the hope that both Washington and Benjamin Banneker had for him that he would one day be a part of the Vault,” Metzner explained.

Assuming that the fourth season is the series finale, the executive producer would like the fans to remember that Ichabod has come a long way. He came from having risen from the dead with no one to turn to, to meeting Diane and getting acquainted with the modern world, and to finally acquire a citizenship.

Ronda Rousey news: UFC fighter reveals what got her through suicidal...