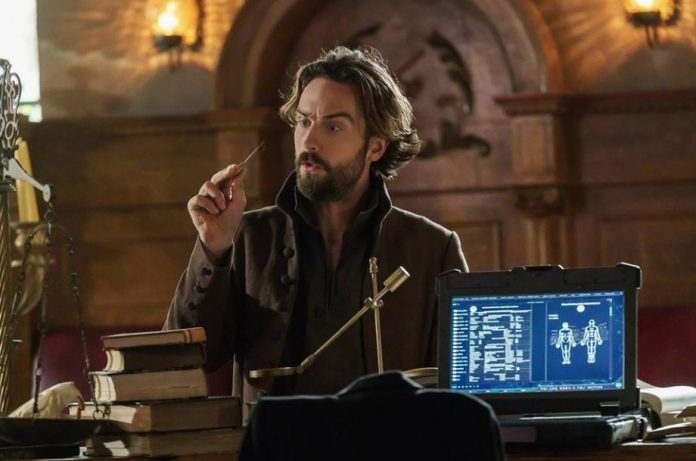 The third season of “Sleepy Hollow” ended on a shocking note as the show’s female protagonist, Abbie (Nicole Beharie) was killed off in the episode. At the time, fans thought that this was the end of the FOX series, but the show was renewed for a fourth season and this signals a new beginning for Ichabod Crane (Tom Mison). Now that the show is going to undergo a lot of changes, what awaits Ichabod when the show returns in 2017?

Speaking with TVLine at the recently held New York Comic Con, Mison said that the new season will put his character in a new place which will enable him to interact with some new people. It can be recalled that in the finale, Ichabod decided to move to Washington, D.C.

“There’s a lot less buffoonery, which I’m very, very pleased with. Because it doesn’t do any favors for Ichabod or Tom,” said Mison. The actor added that despite Abbie’s death, fans shouldn’t expect his character to wallow or pine for his friend “because that’s not really his manner.”

Mison also spoke about Ichabod’s new partner, Diana, who will be played by “True Blood” star Janina Gavankar. The actor hinted that it could take some time for Diana and Ichabod to get along as she has just lost her partner. There’s also the fact that she does not believe in the supernatural world.

“So she, having lost her partner, and Ichabod loses his…there is a hole that needs to be filled, whether they will admit it or not,” said Mison. It was previously reported that Ichabod will bond with Diana’s daughter, Molly (Oona Yaffe), and it’s likely that their connection will allow Diana to soften towards him.

The fourth season will also feature new characters Jake (Jerry MacKinnon) and Alex (Rachel Melvin) who will be working alongside Ichabod. Jake is described as the one who handles all the information and news, while Alex is an artifacts and machines expert.