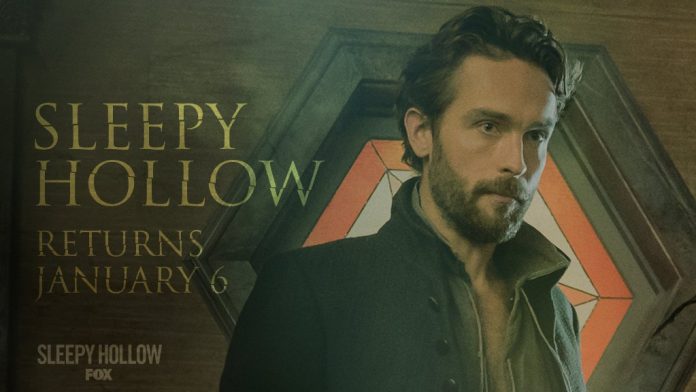 Fans can finally mark down their calendars for the much-awaited premiere of FOX’s supernatural series “Sleepy Hollow” season 4.

The show shared the good news via its official Twitter account by posting a photo of Ichabod Crane (Tom Mison) with a caption that reads, “Get ready, Sleepyheads! #SleepyHollow returns with an all-new season January 6.”

Meanwhile, executive producer and writer Albert Kim teased that viewers can look forward to episode nine of the fourth run written by Francisca Hu and directed by Michael Goi.

Following the departure of actress Nicole Beharie who portrayed Abbie Mills, the network confirmed that the series will somehow get revamped. Replacing the lead star and Ichabod’s partner is Diana Thomas, to be played by Janina Gavankar. She is described to be similar to Crane as she recently lost her partner while on a mission. It is predicted that the two will find comfort in each other and with their shared experience.

Aside from the change in the ensemble, there will also be a new location introduced as Ichabod takes his hunt of evil supernatural entities to Washington, D.C. alongside a brand-new team. In addition to Diana, the hunter will get to meet Jake Wells (Jerry MacKinnon) and Alex Norwood (Rachel Melvin).

Jake is said to be an expert on supernatural events and in charge of the archives of a secret organization. Meanwhile, Alex is a brilliant engineer. The group will allegedly become part of the said underground institution that has its base in the Capitol.

The first official preview of “Sleepy Hollow” season 4 is expected to arrive sometime before the year ends.