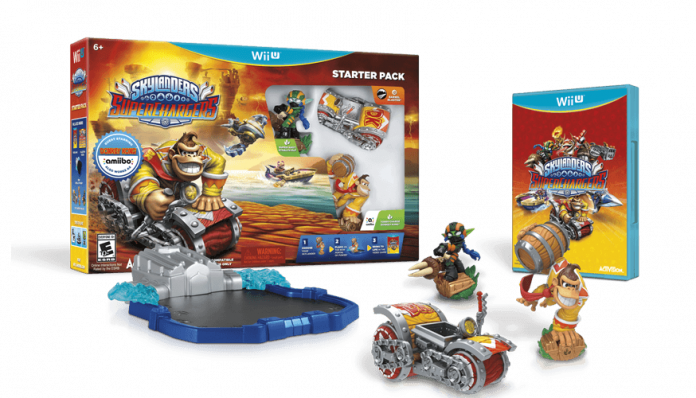 Skylanders SuperChargers will be available on September 20 across several platforms including Nintendo 3DS, Wii, Wii U, Playstation 4, Playstation 3, Xbox 360, Xbox One and 360 and it will feature two characters from popular gaming franchises.

In an announcement made during Nintendo’s Digital Event at the E3 2015 trade show last week, Activision Publishing Inc., a subsidiary of Activision Blizzard, and Nintendo introduced the integration of two iconic characters to the game.

Developed by Vicarious Visions, gamers can play Turbo Charge Donkey Kong and Hammer Slam Bowser which will be exclusively available for preorders of the starter pack for Wii U, Wii and Nintendo 3DS. Attendees of E3 were the first ones who got to try out the special characters.

Bobby Kotick, chief executive officer of Activision Blizzard said during the event that they are delighted to bring the two characters to players.

“Activision Blizzard has always cherished our collaboration with Nintendo, and we are grateful for decades of partnership. Since we made the first toys-to-life game, some of our most dedicated players have been Nintendo fans around the world. Skylanders is delighted to welcome beloved guest stars Donkey Kong and Bowser into its magical world,” he said in a report by Business Wire.

Nintendo President Saturo Iwata, for his part,  mentioned that they hope their unique approach to gaming will entice fans to the franchise and make Skylanders more appealing.

According to Develop Online, the creative collaboration aims to pay tribute to both personalities and heritage of Donkey Kong and Bowser by bringing their classic power and attacks together with new interesting moves.

The suggested retail price for the Wii U Starter Pack is $74.99 which includes Turbo Charge Donkey Kong and his vehicle, the Barrel Blaster. For Wii and 3DS, suggested prices for starter packs are $74.99 and $64.99 respectively and will include Hammer Slam Bowser and his vehicle, Clown Cruiser. All starter packs which will be available in selected retail stores worldwide, will also feature Super Shot Stealth Elf, Portal of Power and the full AAA game.