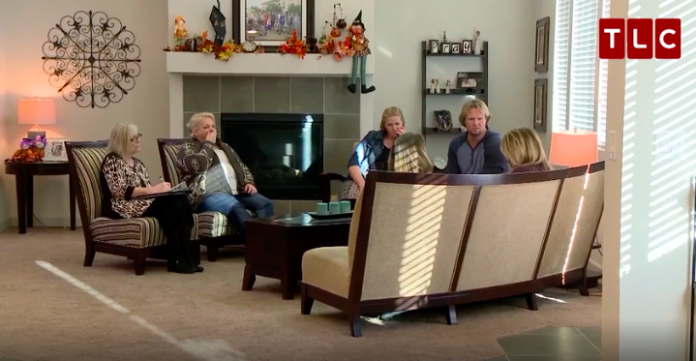 In preparation for the release of TLC’s reality series “Sister Wives” season 7, the network has unveiled a brand-new trailer featuring the Brown family having some form of counseling.

Following the revelation of Meri to husband Kody and sister wives Janelle, Christine and Robyn that she had an emotional relationship with a woman pretending to be a man, the polygamous brood will try to move forward after the catfishing scandal.

The sneak peek has the patriarch of the clan sharing on a confessional scene, “Meri and I have struggled for a very long time.” However, it seems like he is not the only one feeling a rift in their connection as Meri admits to him during the therapy, “I’m not going to lie. I was angry at you.” Janelle also voices out her thoughts and shares that from an outside perspective, she can see “manipulation all over it.”

Meanwhile, the new installment may also unveil the real reason behind Meri and her daughter Mariah’s current dilemma with each other, “My mom and I aren’t on super great terms right now,” the latter says to which the former quips with, “I just kinda wanted to see how you were and see how we were.” However it seems like Mariah is not ready yet to answer some of her mother’s queries, “Kind of something like mom wanted to ask me these deep questions and I can’t handle it,” she states.

Aside from Meri’s side of the story, the narrative is also expected to focus on Robyn giving birth to daughter Ariella Mae at their home, as the preview showed her having some consistent contractions. They will also celebrate the engagement of Christine’s daughter, Maddie, to her longtime boyfriend Caleb Brush, “Maddie is actually going home tonight and she has an announcement she wants to share with the family,” her mother teases.

Half Life 3 update: mysterious codes pointing to next installment included...