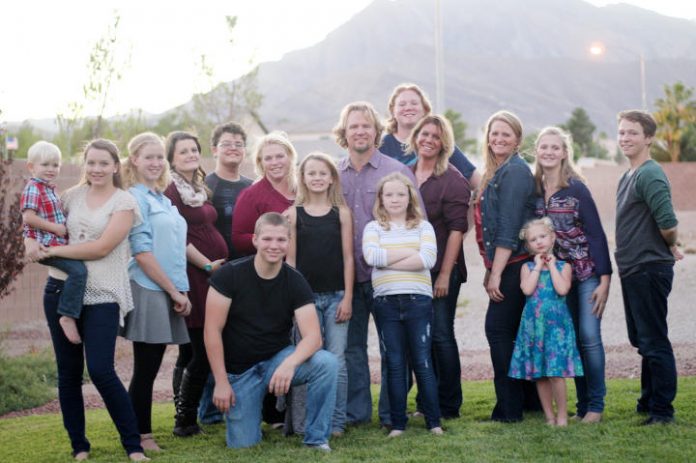 On the latest episode for season six of TLC’s hit reality series “Sister Wives,” viewers will see the polygamous family celebrating the court’s decision to allow Kody Brown to adopt the children of his newly wedded wife Robyn from a previous marriage.

Titled “Chaos in the Cul-de-Sac,” the judge reportedly allowed the patriarch to file for legal custody of Dayton, Aurora, and Breanna. In order to celebrate the good news, the Browns will throw a big party with all their friends and loved ones in attendance.

Previous installments saw Kody sharing how important the adoption process is for him. He also voiced out his apprehension that the judge may not understand their plural lifestyle but he still hoped that the court would see how loving their big brood is and would rule in their favor. It turns out that his wish has been granted with the judge congratulating them for their relentless efforts.

Presumably to show their gratitude the three kids will give their new parents a gift. Kody is said to receive a watch with an inscription that reads “Daddy,” while Robyn will have a necklace that features three diamonds symbolizing the past, present and the future.

The two will also share the gender of their new baby after revealing that they will have another child. In an interview with People magazine they happily disclosed, “We are so happy to announce an eagerly expected new member of the Brown family!”

Meanwhile, some drama may also ensue. Meri Brown will reportedly tell her family something very emotional with the sneak peek has her saying, “So, I think I should bring something up. It’s never easy when I feel like I need to talk to the family, and when there’s something I need to bring up. They have no idea how bad it is. They don’t know what I got into.”

The Voice Season 9: Selena Gomez, Rihanna, Missy Elliot are next...