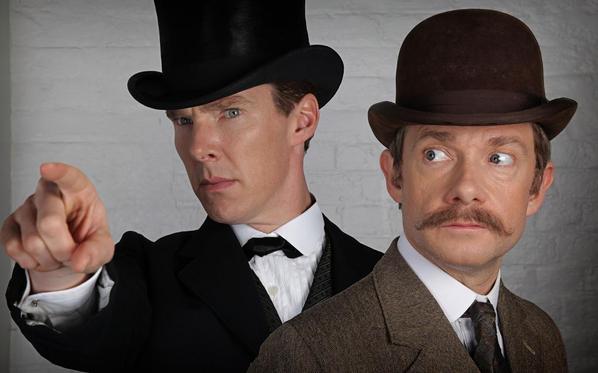 Fans of PBS and BBC’s most popular detective series, “Sherlock,” may have to wait a little bit longer as the show is slated to return on 2017 for Series 4.

Co-creator Steven Moffat has confirmed the renewal of the show and said during an interview with Entertainment Weekly that the new season will be about consequences.

“[Season 4] is going to be… I suppose you’d say… consequences. It’s consequences. Chickens come to roost. It’s dark in some ways… it’s hilarious and exhilarating some days, but some days it’s going to be bloody frightening,” he said.

Moffat revealed that the story will be tougher and more intense with viewers possibly getting “emotional upheaval.”

Writer and producer Mark Gatiss also hinted about taking the show somewhere they have never done before. He also mentioned that their new ideas might be darker than previous ones.

For the plot of Series 4, Moffat said that viewers will not see more of Sherlock’s greatest villains, Moriarty, as he is really killed off from the series.

“The story of Sherlock Holmes isn’t Sherlock vs. a criminal mastermind. It just isn’t,” the creator said.

Actor Morgan Freeman who plays Dr. Watson also shared that following what the author, Arthur Conan Doyle has written in the books, viewers may also see another character perish.

“While we play fast and loose with the original stories, we generally follow the trajectory of what Conan Doyle did. So he [Watson] gets married, and then Mary dies – so at some point presumably she’ll die,” The Telegraph reported.

Series 4 will begin production in spring of 2016 but fans may tune in to the show’s first Christmas Special episode that will air on December, 2015 or early 2016.

According to iDigitalTimes, the special episode will go back in time to Victorian London. The report also mentioned that Freeman and Benedict Cumberbatch, who plays the titular role, were seen filming in Gloucester Cathedral and were dressed in 19th century clothes. While no statement has been revealed regarding the plot, the report shared that taking hints from Gatiss’s post on Twitter, it may revolve around the story of Conan Doyle’s “The Adventure of the Blue Carbuncle.”