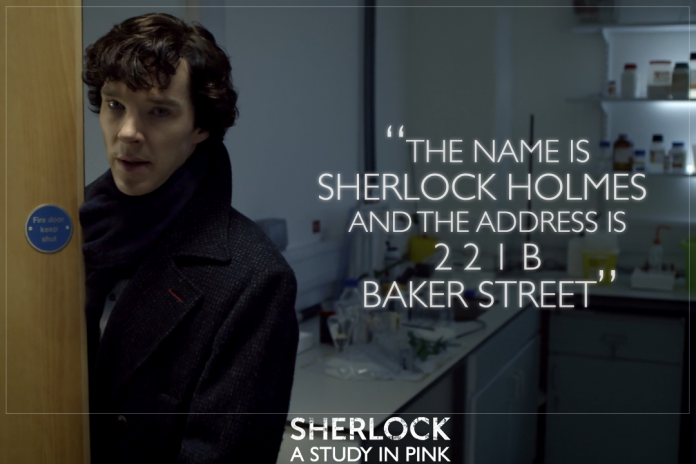 A new face is set to join the ensemble cast of BBC’s hit detective series “Sherlock” season 4 for a villainous role who will rival the titular character Sherlock Holmes (Benedict Cumberbatch) and his trusty sidekick Dr. John Watson (Martin Freeman).

According to the network, British acting legend Toby Jones will be onboard for the new narrative. He has been known for his parts in “The Secret Agent,” “Detectorists,” a scientist in “Wayward Pines,” and Nazi scientist and malevolent artificial intelligence Arnim Zola in two “Captain America” films.

“I’m excited and intrigued by the character I shall be playing in Sherlock…” Jones stated. He will appear in the second episode of the three-part miniseries which has started filming earlier this week. The installment will be helmed by Emmy-nominated director Nick Hurran.

The production team also shared their excitement for having the actor, “Delighted to have Toby Jones on board, bringing to life one of Doyle’s finest villains,” co-creator, writer and executive producer Steven Moffat said. Meanwhile, showrunner Mark Gatiss quipped, “We’re thrilled to welcome one of our finest actors to the ‘Sherlock’ family. I know Toby will embrace the part with true relish!”

Although specific details of Jones’ character have yet to be revealed, speculations suggest that there are plenty possibilities for his portrayal. Some believe that he may play as either Heinrich Von Bork or Hugo Oberstein, who are both German spies in Sir Arthur Conan Doyle’s novels.

On the other hand, some of the other possible characters are James Windibank and Baron Adelbert Gruner, who have been noted to have abilities to seduce women, and James Moriarty’s accomplice, Sebastian Moran, who is described as a sportsman, expert marksman, and a tough soldier.

“Sherlock” season 4 is expected to air sometime in early 2017.