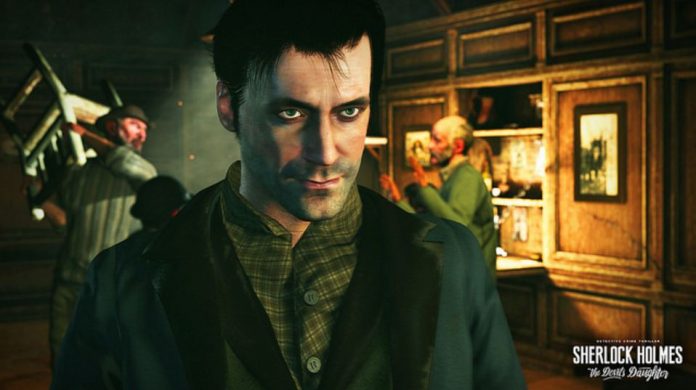 Game developer Frogware Games is set to release their newest game based on one of the most popular fictional detectives in history, Sherlock Holmes titled “Sherlock Holmes: The Devil’s Daughter.” This time, Holmes will be a little different from what fans of the game series had known.

This new and upcoming game brings a different Sherlock Holmes to the table. In the past games in the series, the cases that Holmes had to solve always pushed him to his limits and came with great risks. In the new game, Holmes will be faced with a situation putting everything he cared about in his life at riskhis daughter.

Aurlie Ludot, game producer from Frogwares Studio, recently posted on the official PlayStation Blog to address burning fan questions about the different version of Holmes that the upcoming game will be featuring. Apparently, the game developers want to make the character a little more “human.”

“A cold and ‘old school’ Holmes can work really well when it comes to playing a detective who is manipulative and/or unfeeling,” Ludot said. “This time around, though, we wanted him to be open to emotion. We needed a character who was a credible father. Clumsy OK, but still loving.”

Aside from Holmes, other major characters were also changes to adapt to the “modernization” that happened to the detective at 221B Baker Street. The game producer teased that players will see not only changes to design and appearances but also in every element of the game.

“But you can’t modify just one character you need balance,” Ludot added. “Katelyn has to be cheeky and reactive, Watson a believable friend, everyone around them dynamic. In other words, it’s not a matter of making cosmetic changes, but rather a fundamental change to the game itself.”

However, the classic feel of Sherlock Holmes will still be there, the developers assured. The only thing that changed was that the world of the great detective was made open to emotions unlike before.

“So if you’re worried, don’t be. The gameplay presents the same dynamic: it doesn’t renounce the classic Sherlock Holmes fundamentals of conducting the investigation and uncovering the truth. You know how much we like deducing! We still want you to feel like you’re an extraordinary detective!” Ludot concluded.

“Sherlock Holmes: The Devil’s Daughter” will be released on June 10 for the PlayStation 4.

iPad Pro 2 release date: device to come out later this...