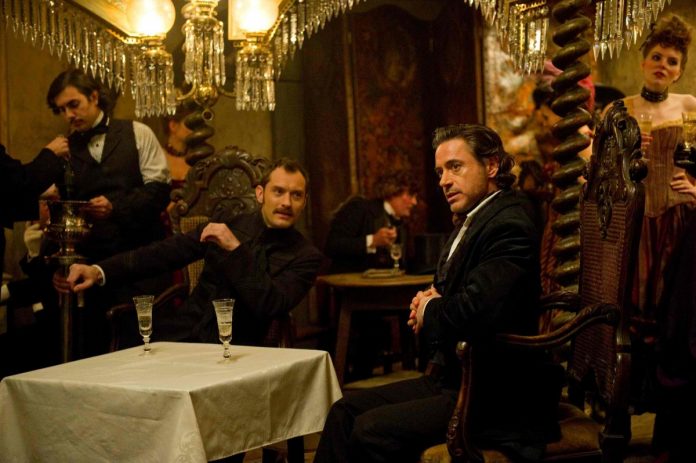 The much awaited sequel to the “Sherlock Holmes” big screen franchise of Warner Bros. Pictures starring Robert Downey Jr. in the titular role as the world famous detective might become a reality soon, according to film producer Joel Silver.

In a recent interview with Collider, Silver revealed that there is a “good” script ready for a “Sherlock Holmes 3” film. If chance will allow it, filming may finally start for the new chapter sometime around fall of this year.

“It looks like it could happen this fall,” Silver said. “Downey said he wants to do it. He’s gotta launch into another ‘Avengers’ movie, right after the New Year, so we’re trying to get it done. We have a script that we like. Jude [Law] is available and Downey is available, and we’re hoping we can get it done. If it works, great. If not, we’ll do it another time. But, it looks like it could happen now.”

While it was already announced that the production for the upcoming epic “Avengers: Infinity War” two-part film will start this falland that the two parts of the film will be shot back-to-back, Robert Downey Jr.’s scenes are reputedly not up for shooting until sometime around early 2017, which may be the gap needed to shoot the “Sherlock Holmes” sequel film.

Additionally, Silver teased that the upcoming third film may not be the last film from the franchise. Silver likened the possibility of having more films to the James Bond 007 franchisethat as long as there is a story to tell, there will be a film to shoot.

“I hope [it’s not the last one]. I don’t think so,” he said. “How many Bond films have they made? As long as there’s a character, we can work with it. It’s not an end story. We can keep going, as long as people want to do it. It’s [the actor’s] call. They have to say, ‘Okay, I’m ready to go.’ I read about them making another Bad Boys. If they want to do it, then you try to get it done.”

The most recent film in the big screen franchise, “Sherlock Holmes: A Game of Shadows,” was released in theaters in 2011.