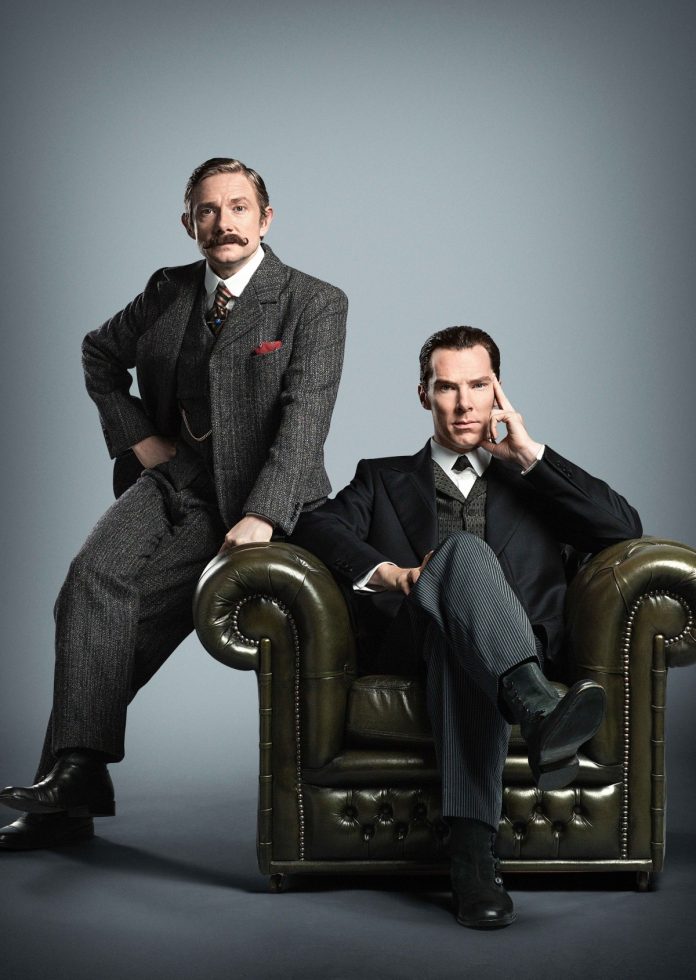 As the show creator and Executive Producer of both Doctor Who and Sherlock, Steven Moffat gets asked often about the possibility of his two fan-favorite characters crossing paths in a very special TV event. In a recent interview with Collider, Steven Moffat talked about the possibility of a Doctor Who and Sherlock crossover, the upcoming Sherlock special, and more!

When asked about what he has to say to fans repeatedly asking for a Doctor Who-Sherlock crossover event, Moffat was quick to answer that it will never come to life. “That’s a question that I get asked so often, and I can’t keep answering it,” he said. “It’s all right for Doctor Who. That’s fine.”

However, the story element of the Doctor may not be compatible at all with the world of Sherlock Holmes.

“But it would change Sherlock’s life, if he met the Doctor and knew that time travel was possible,” he continued. “He’d have to factor that into every crime he solved. And do we really think that Sherlock Holmes lived through a Dalek invasion? I don’t think he did. I think he’d have mentioned it by now. It’s not going to happen. That’s just the truth of it.”

As in his other previous interviews, Moffat did not reveal any exact time or date that excited fans can expect the much anticipated Sherlock special. However, while no precise date was given now, fans can expect the special episode sometime around Christmas season.

The new special episode will take the characters of the modern-day set series back to its classic Victorian Era London setting, just like how it was told in the original stories by Sir Arthur Conan Doyle.

Moffat also revealed that no script for Series Four is finished as of the moment: “Mark [Gatiss] will be starting very soon. He may have started. I’ve got to finish my Doctor Who Christmas special, and then I’ll be straight onto Sherlock after that. We haven’t started, but we’ve planned. We know what we’re doing.”

“I think we’re shooting next year, April-ish,” he added.