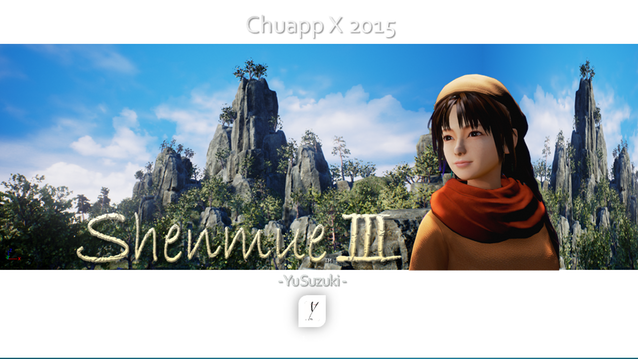 Game developer Yu Suzuki recently delivered a new progress update regarding his upcoming and much awaited game in his own series, “Shenmue III.” In the new Kickstarter Campaign update, the developer gave the results of the recent poll about the rewards program for backers, as well as revealing a new look for the game’s official website.

In the progress report, Yu Suzuki expressed his gratitude to fans who had supported the series thus far and promised to do his best to deliver the expectations of the fans.

“Thanks to ‘Shenmue’ fans everywhere, 2015 saw the start of ‘Shenmue III.'” Suzuki said. “2016 will be a year with noses to the grindstone to make the next installment of Shenmue worthy of the expectations you have entrusted with us. We would like to again ask you for your support and cooperation for all that lay ahead this year.”

However, Suzuki made a different decision from what the poll showed. “Considering the strong response from those of you who felt that the Exclusive Rewards should remain exclusive for the Kickstarter, those Exclusive Rewards will not be made available on the PayPal page as originally promised,” he said.

Additionally, a newly designed “Shenmue III” website was revealed. The website features a brief introduction to the game, the series history, news updates, and character information.

“Shenmue III” is in development for the PlayStation 4 and PC. The game is expected to be released around December 2017.