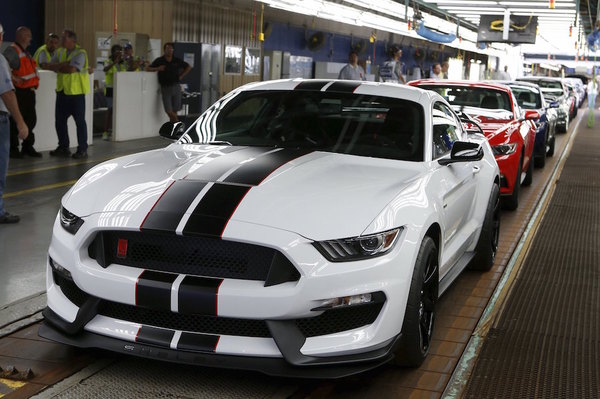 Environment-conscious car aficionados who dream of a union of the Shelby GT and Ford’s Mustang EcoBoost engines can see their fantasies coming true.

This is because, according to the Standard Daily, Ford and Shelby American are partnering to bring the 2016 Mustang GT350 EcoBoost engine to a new Shelby GT offering.

The Standard Daily further revealed that the new GT will be shipped to markets outside of North America, and is expected to be unveiled by the two companies during the Goodwood Revival Festival taking place in the UK.

According to an article at Yibada, the new car will feature a mostly carbon fiber chassis, while the car’s front splitter, rear, spoiler, hood and rocker panels will be made of carbon fiber. Combined with 20-inch wheels and Michaelin Michelin Pilot Sport 275-35zr20 tires, the new Shelbt GT Mustang promises to be a light and easily handled sports car.

In addition, the new Shelby Mustang will feature both BoostMax and PedalMax upgrades, a BORLA exhaust system, show throw shifter and seats with 5-point seat harnesses. It is also expected to output a boosted horsepower rating of 335.

The new car will also retain the racing stripes that have become synonymous with the brand, the Gazette Tribune said.

The Christian Science Monitor noted that the decision to design a Shelby GT with a Mustang EcoBoost engine is part of Shelby’s expansion outside of North America, and a growing appreciation of the demand for its cars but minus the V-8 engine used on the original Shelby GT.

“Ever since Ford announced that its terrific new Mustang would be available worldwide, requests for Shelby versions of the car have rolled in from across the globe,” Shelby American CEO Joe Conway is quoted by CS Monitor as saying.

Conway then added that since Ford offers the Mustang EcoBoost as an engine option to consumers in various markets, they have decided to undergo development of a new Shelby GT with the EcoBoost engine in mind.

Lumia 735 Verizon version to launch in the US on June...