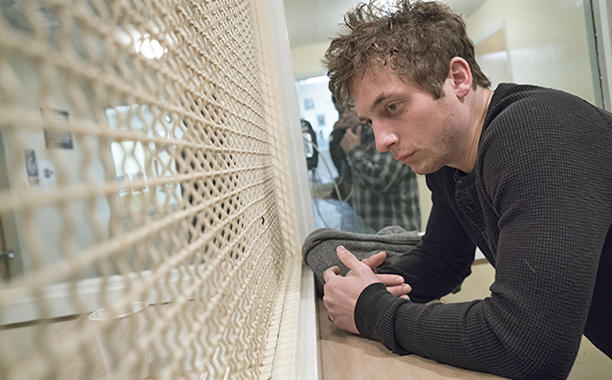 Aside from the eldest Gallagher kid, Fiona (Emmy Rossum), having a heartbreaking moment by the end of “Shameless” season 7, her brother, Lip (Jeremy Allen White), on the other hand, also has a major story arc coming just before the season closes.

In “Familia Supra Gallegorious Omnia,” Lip found himself at a crossroad as he has just been bailed out of jail by his professor and dropped in front of a rehabilitation facility. Unfortunately, fans may have to wait for a little bit more to find out whether Lip gets the courage to check himself in the treatment center or not.

TV Line raised the notion to show’s executive producer, Nancy Pimentel, that among all of Frank’s (William H. Macy) children, Lip has the most potential to break out from the demons coming from the dysfunctional family. However, it always seem like whenever he is already starting to get back on his two feet, he stumbles and goes down the same path as his father.

“It’s where the character told us to go, because even though he’s bright and he’s been handed so many opportunities, he’s still a product of his parents,” Pimentel explained.

“We really want to stay authentic to what happens when you are raised in chaos, dysfunction and bad role modeling and a lower socioeconomic world. How do you get out of your own way? How much of that influences your upbringing, all those external things, and how much does your inner fire help you break free from it? It’s not a straightforward answer, either one. We wanted to really create some complexity in the character,” she further explained.

Meanwhile, for Fiona, Pimentel also touched on the subject on whether she and former fianc, Sean (Dermot Mulroney) can find their way back together or if that will be the end for them. While Pimentel did not give any specifics on the couple’s future, she revealed that Mulroney booking a gig with the new medical drama “Bunker Hill” will play a huge part in determining where to bring their story moving forward.

“We just started talking about season 7, so I don’t have any specifics yet. It’s like real life versus fictional life. Obviously, Dermot [Mulroney] got a pilot, so that might inform how much we do with them.”

As previously reported, series star White shared that he is not closing the door on the possibility of his on-screen sister Fiona getting back together with Sean. He also added that he thinks that there is really something special about them in spite of all the crazy things that have happened around them.

“Shameless” season 7’s debut date has yet to be announced.