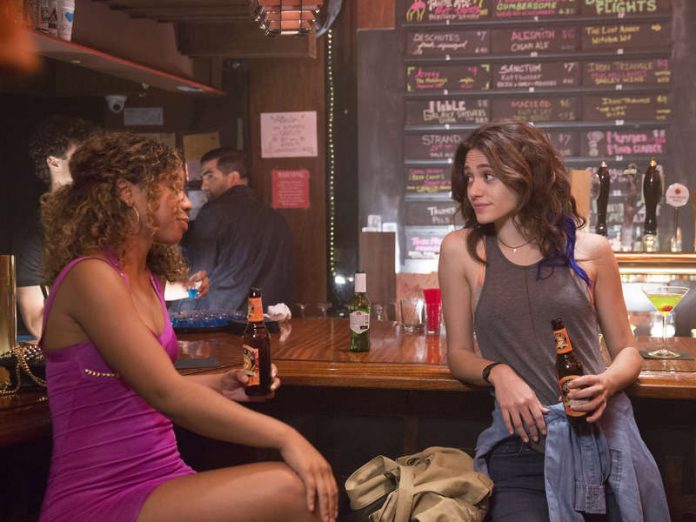 Coming from a disastrous relationship that left her in a wedding gown on a side street, husband-less, Fiona (Emmy Rossum) is taking her newly single life in stride as she tries the world of non-commitments in “Shameless” season 7.

“It was really fun to not have to write romance stories for her this year, and to actually tell more of what Fiona is like outside of a guy,” executive producer Nancy Pimental told The Hollywood Reporter in recent chat before the season premiered on Showtime.

However, just because the year will be relationship-less for the eldest Gallagher daughter does not mean that she will not be exercising her right to have meaningless flings. In fact, Fiona will dive head first in the technological age of dating through Tinder which will be seen in the dramedy’s upcoming episode titled “Swipe, F**k, Leave.“

“I don’t know why Fiona has only ever dated skinny white boys so I asked for men of color to be brought in,” Rossum chimed in during the same conversation. “We have a lot more of an assortment this year, which makes me very happy.”

It’s safe to say that her relationship with Sean (Dermot Mulroney) is over. He was a closeted junkie until the Gallagher patriarch, Frank (William H. Macy) forced Fiona’s fianc to come clean in front of her. In the end, the two decided to not push through with their marriage and parted ways while in their wedding clothes.

Fiona’s new carefree persona seems to carry over to how she handles other affairs in her life including letting go of the baggage that she had to carry for her family.

“She decides the family should pick up the slack and share responsibility equally within the house, because it’s been pretty one-sided for a long time. She helped all these other people be a success now it’s her turn,” Rossum shared.

Elsewhere in the forthcoming episode, Frank somehow gets in the same boat as Fiona but is coming from a deeper place as he gears up to disown his family. However, he takes Liam (Brandon and Brenden Sims) under his tutelage as he separates from the rest by staying on the top floor of their house. Ian (Cameron Monaghan), on the other hand, tries heterosexuality, while Carl (Ethan Cutkosky) is forced into abstinence.