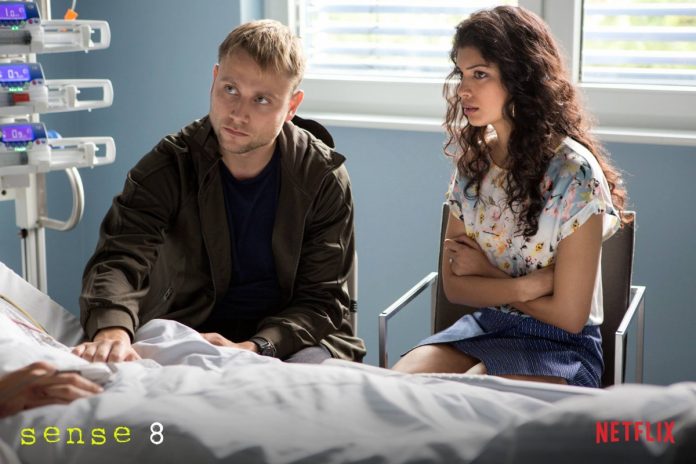 Production on the highly anticipated season 2 of Netflix’s original series “Sense8” is currently underway. Some members of the cast revealed their characters’ continuing journey in the mysterious world they live in.

Talking to the Chicago Sun Times, Jamie Clayton who portrays Nomi Marks revealed that her role is somehow based on the experiences of one of the show’s creators, director and writer Lana Wachowski. During the freshman run, Nomi was introduced as a transgender woman, a similarity she shares with Wachowski.

“That was interesting for me. It’s such a huge responsibility, first of all, to play this amazing character and to represent my [LGBT] community in a way that has never been represented before. But then to also be playing parts of the director, creator and writer there’s a huge responsibility there,” she stated, while teasing that the new installment can be expected to become more exciting, amazing and full of action.

Meanwhile, Bollywood star Sikandar Kher was recently confirmed to join the cast in a still undisclosed role. In a statement, the 34-year-old actor shared that he was approached for the show a few months back.

“It’s a small but an important role, and it takes the story ahead. The first season of the show was a massive hit, and I hope season 2 also gets the same appreciation by the audience as season 1 did,” Kher simply hinted.

Speculations suggest that his part can be a villainous one similar to freshman run’s main antagonist “Whispers” (Terrence Mann). However, it remains to be seen if this comes to fruition.

There are also assumptions that narrative will feature more of Kala’s (Tina Desai) love triangle between Wolfgang (Max Riemelt) and her supposed-to-be fianc, Rajan (Purab Kohli). Viewers may remember that she called off their wedding to try and follow her heart but Wolfgang did not believe he is not deserving of her love.