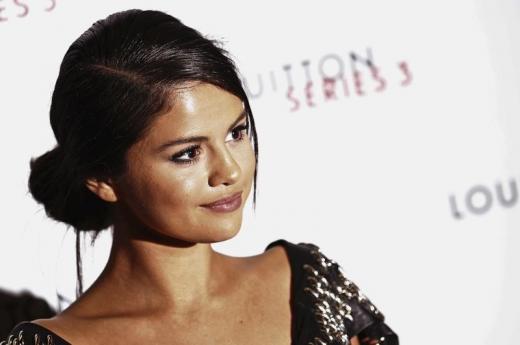 Pop star Selena Gomez recently reunited with former beau Zedd as they performed their hit single “I Want You to Know” during the New York Jingle Bell.

We Got This Covered reported that the DJ brought Gomez as his surprise special guest vocalist to help him perform their EDM-pop crossover song to the delight of the excited crowd. Accompanied by his trademark True Colors Tour visuals and some back up dancers, Gomez heightened their performance to a whole new level with her showmanship and ability to entice the audience.

Meanwhile, after their magnificent number on stage, the two was photographed backstage looking cozy at each other’s arm as Gomez gave Zedd a kiss on the cheek. The image was posted by Yahoo and captioned with, “Happy Holidays to ALL of us! Check out @selenagomez and @Zedd together at #iHeartRadioJingleBall #YahooLive”

Although things seem friendly between the two, fans are said to be confused with the duo’s gestures and cannot help but wonder if they may be thinking of giving their formerly short-lived romance another chance. However, it remains to be seen if this comes into fruition.

Back in July this year, Gomez admitted that she was previously dating Zedd as they were spotted going out, holding hands, and posting pictures of each other’s bedrooms. In her interview with New Zealand radio show “The Edge Afternoons,” she set the record straight and commented on DJ Diplo’s criticism that their relationship is only a publicity stunt.

She shared that their connection started out with FaceTime dates that resulted into music collaboration. However, it seems like things just fizzled out, “First off, it’s very interesting that Diplo would think he knew about my personal life, but he doesn’t. I adore Anton [Zedd] a lot, and I definitely had a thing with him, which was nice.”

“I Want You to Know” was released in February and the lead single on Zedd’s latest album titled “True Colors.”