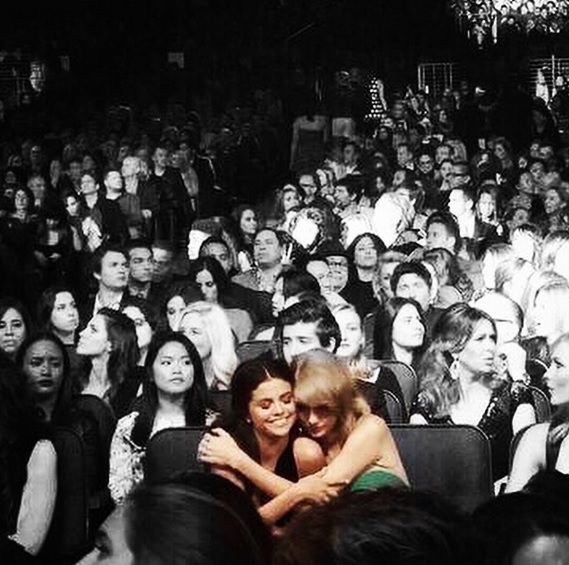 Ever since Taylor Swift’s song “Bad Blood” came out, people assume that she is referring to Katy Perry and their alleged feud.

Talking to Rolling Stone, the pop royalty shared that a female artist, whom she declined to name, had crossed a line when reportedly three back up dancers left her tour, “She did something so horrible. I was like, ‘Oh, we’re just straight-up enemies.’ And it wasn’t even about a guy! It had to do with business. She basically tried to sabotage an entire arena tour. She tried to hire a bunch of people out from under me. And I’m surprisingly non-confrontational you would not believe how much I hate conflict. So now I have to avoid her. It’s awkward, and I don’t like it.”

Even though she never revealed who the artist is, what added to the speculation is Selena Gomez’s character in the song’s star-studded music video. Some think that Gomez looked strikingly similar to Perry.

Moreover, playing a little game called “Tabloid True or False” during her radio interview, the singer set the record straight regarding DJ Diplo’s previous accusation that her apparent relationship with DJ Zedd was only a publicity stunt to promote their EDM collaboration, “I Want You to Know.”

Seemingly unaware that she revealed Zedd’s real name, the radio hosts asked her if she thinks that the DJ would be embarrassed, “I don’t know, maybe! But I made this a deal. I said it to Calvin Harris too. I was like, ‘Look, you guys have two names. It really is frustrating. I need to know which name I should call you because I don’t know what is what. So I speak with the real names. Adam and Anton.”

Admittedly, Gomez said that she does not know what Harris’ real surname is.