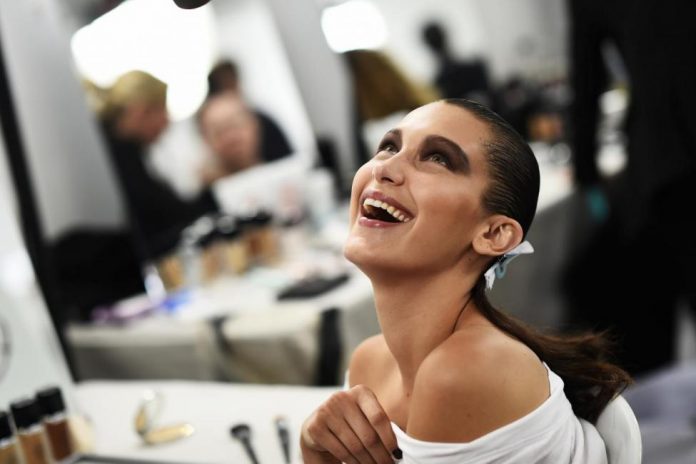 Prior to the highly-publicized Selena Gomez and The Weeknd romance in January, the “Starboy” singer was head over heels with supermodel Bella Hadid. However, their love story has already ended, and now, the 20-year-old model opens up about the breakup.

Hadid is the February cover model for Teen Vogue, and in her interview, she shared some information about her breakup with The Weeknd and the heartbreak it caused.

“I’ll always respect him, and I’ll always love him,” the young supermodel said about the Canadian performer. “Sometimes you want to be sad about it or handle it differently, but at the end of the day, you never want to burn a bridge that you’ve fought so hard to build,” she added.

The ex-couple called it quits in November of last year after their conflicting schedules. The 26-year-old singer/songwriter was busy promoting his album at that time, while Hadid was on tour for fashion shows. A source reported that the duo remained good friends for they have “a great deal of love” for each other.

The Weeknd and Hadid were last seen together as a couple during their October 2016 trip to Tokyo, Japan. The model even posted a photo of her with her then-boyfriend.

In December, the estranged couple met again at the Victoria’s Secret Fashion Show in Paris, France.

“It was my first breakup … and so public,” Gigi Hadid’s sister explained. “As an outsider, you might think I handled it so well, but it’s always in your heart, and you always feel it very heavily. It’ll be hard for a while. Love hurts, but you have to pull through,” she stated.

The former equestrian model unfollowed Selena Gomez on Instagram after the news broke about the latter kissing her ex-boyfriend.

Meanwhile, the 24-year-old Disney star seems very smitten with her new boyfriend. In late January, the couple was spotted enjoying the cityscape of Florence, Italy. They recently joined Rihanna at the 59th Grammy Awards after-party.

'Pokmon GO' Gen 2 rumors: update may have trading and buddy...