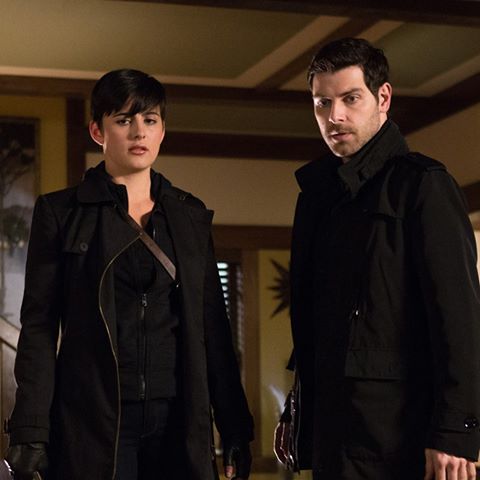 Viewers can look forward to more familiar faces and feelings when the fifth season of occult police drama Grimm premieres on October.

The Latin Post reported that cast members of the show appeared during a panel at the San Diego Comic-Con (SDCC). These cast members then gave the attendees some information as to what they can expect from the show in its fifth season.

According to the Latin Post, everyone was in consensus that Grimm’s season 5 will reintroduce elements from the first season of the show.

Sasha Roiz, who plays the character of Captain Sean Renard, told AOL that his character will revert back to the Season 1 persona where he always feels like there’s danger lurking somewhere. Roiz also added that it is not only Captain Renard who senses danger, but other characters as well.

“Maybe it’s time to get kind of get back to Season 1 where people had their own agendas, and often times that meant that we will come into conflict with one another,” the actor surmised during the interview.

There will also be plenty of emotional scenes in the new season, as the protagonist Nick deals with the death of his girlfriend, Juliette.

“For Nick, it’s going to be tough. We’re going to have to pull him up and help him out, and I’m glad to be part of that team for once,” Reggie Lee, the actor who plays Sergeant Wu, said.

He also described the upcoming season as a very emotional season.

At the end of the previous season, Trubel had slain Juliette after Nick failed to kill her as a means to avenge his mother’s death. The finale also ended with a twist Nick has a child with Adalind.

Another cast member, Bree Turner, revealed that there will be a new storyline created especially for Season 5.

“There’s a whole new storyline and a new world about to happen, but then we also revisit Season 1 stuff,” she said in a Movie News Guide article. Turner added that this could blow away but also satisfy fans of the series.