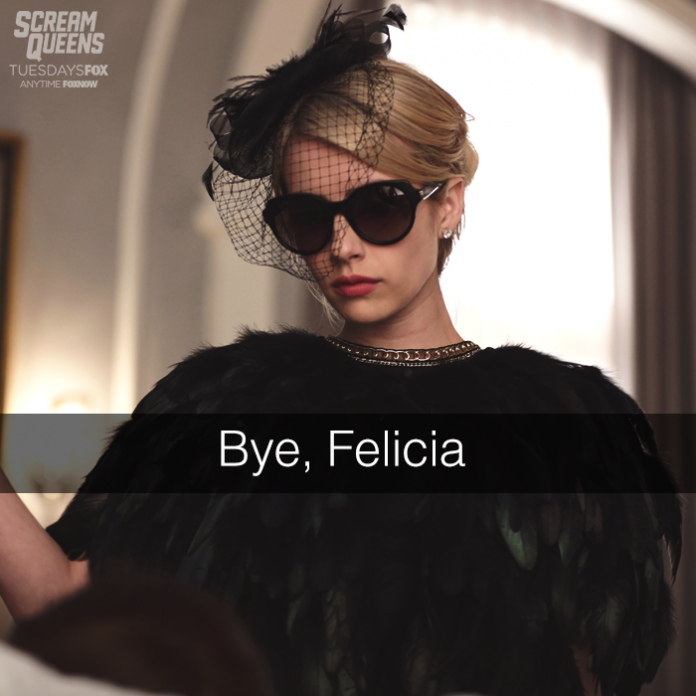 In the latest episode of Fox’s “Scream Queens,” another familiar face will be back who other characters presumed to be long dead.

Titled “Mommie Dearest,” Nick Jonas will reportedly reprise his role as Boone Clemens who was last seen to be faking his death. In the upcoming installment, it is teased that he will be under a disguise using long hair and beard and may be working with the Red Devil again. His return has been previously teased by creator Ryan Murphy.

Talking to Entertainment Weekly, he revealed that Jonas “is a part of the team of people involved in this master revenge plan”.

“His history with it goes very, very deep. One of my favorite things is that he’s spying and traveling around the campus dressed incognito as Joaquin Phoenix,” he added.

Jonas’s reappearance followed Ariana Grande’s comeback during the last installment in which she was depicted to come from hell. She appeared in Chanel’s laxative-induced dream and warn her that their sorority sisters are planning something bad.

Meanwhile the sneak peek showed that the girls of Kappa Kappa Tau are pointing fingers at who may be the real killer.

The clip opens with the police officer saying, “Zayday Williams is the killer.” Dean Munsch then told Grace that the name of the mystery girl who had a tragic history in the school, “This is the name of the girl who died in the tub.”

Grace then asked the help of Chanel in uncovering the truth but little did she know that the latter thinks she is working in tandem with Zayday as the people behind the masks, “Grace is the killer. And this file proves it.”